Miami Heat forward Udonis Haslem has been very active in helping the community during his career.

Over the past year, Haslem helped join LeBron James’ More Than a Vote campaign, as well as advocated for the Black Lives Matter movement. 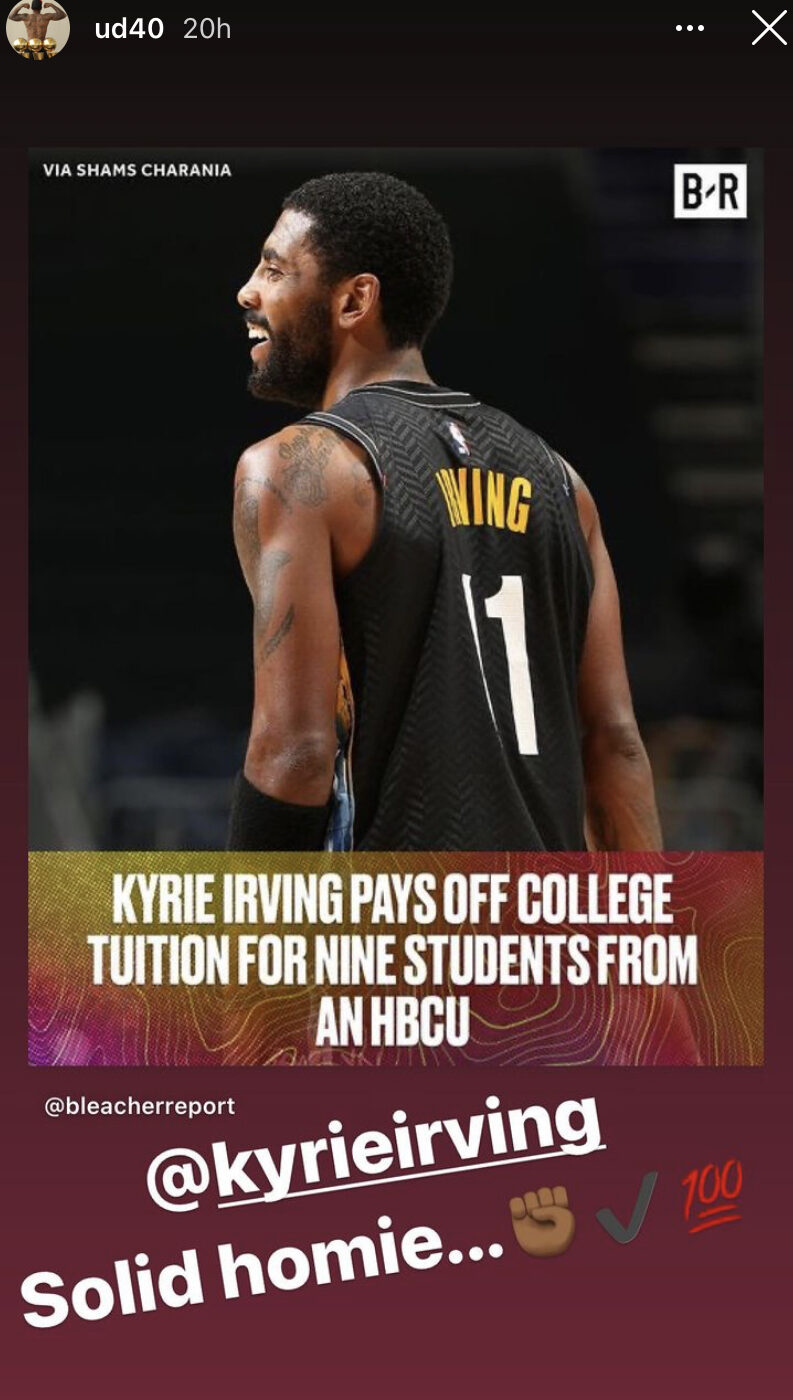 Irving, 28, paid off the tuitions of nine students at Lincoln University.

Irving’s generosity shows his care for the community, and Haslem clearly noticed his fellow NBA player’s desire to give back.

Irving and the Nets could end up meeting Haslem and the Heat in the playoffs this season.

While Irving is still in the prime of his career, Haslem has become more of a locker room leader for the Heat.

Regardless, his presence has been extremely important to Miami and its young core.

While Irving and Haslem have never played together, it is nice to see Haslem recognize him for giving back.