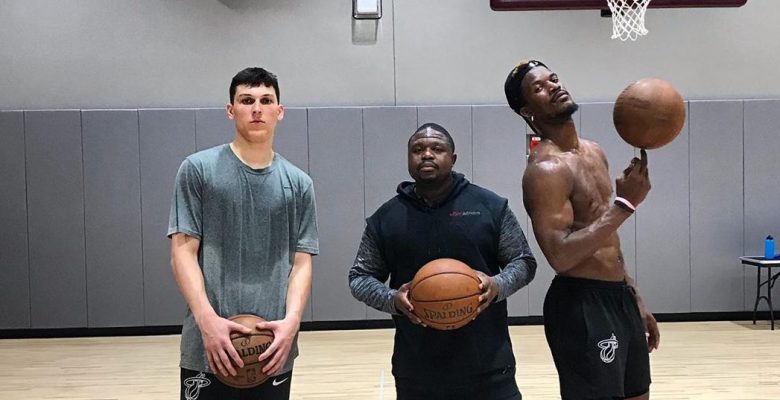 That was clearly evident from the number of photos posted on social media, including one from Butler’s own Instagram account.

We just building chemistry. Amazing work tonight . Picked up right where we left off. It’s the #RemyWorkouts way of #Life. The #present and the #Future @nolimitherro X @jimmybutler X @miamiheat #HeatGang

damn we forgot to clock out..

Butler arrived in a major trade with the Philadelphia 76ers less than two weeks after Herro was selected by the Heat with the 13th overall pick in 2019 NBA Draft.

Both have the potential to play important roles in the season ahead and are making an effort to establish some chemistry prior to the opening of camp.

Known for his on-court intensity, the hope is that Butler will be able to infuse the Heat with the sort of drive that was lost with the retirement of Dwyane Wade. Meanwhile, Herro has shown since being drafted that he’s willing to embrace the team culture that prizes a strong work ethic.

The workout on Wednesday took place on the campus of Loyola University Chicago and was conducted by Stanley Remy, who has become strongly connected to overall development for various NBA players.

A native of South Florida, Remy has previously worked with Heat players such as Dwyane Wade and Udonis Haslem. He has also helped put together some high-profile offseason pickup contests in the Miami area.