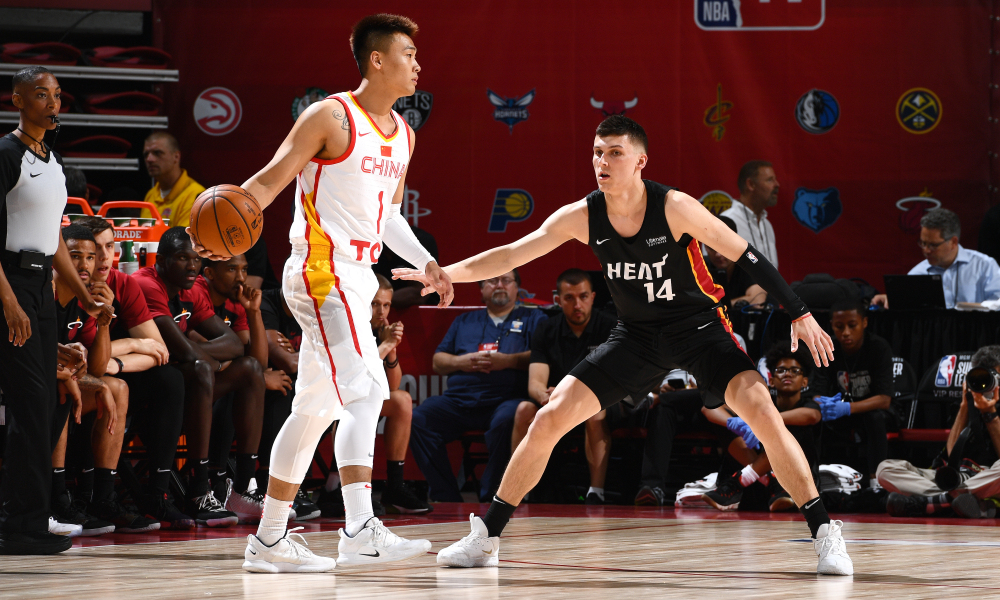 Miami Heat rookie guard Tyler Herro has never been shy when it comes to expressing confidence in his basketball abilities.

As he gets set to begin his first year in the NBA, he’s using social media to endorse one independent assessment that he’ll be one of five rookies to outperform his draft position. 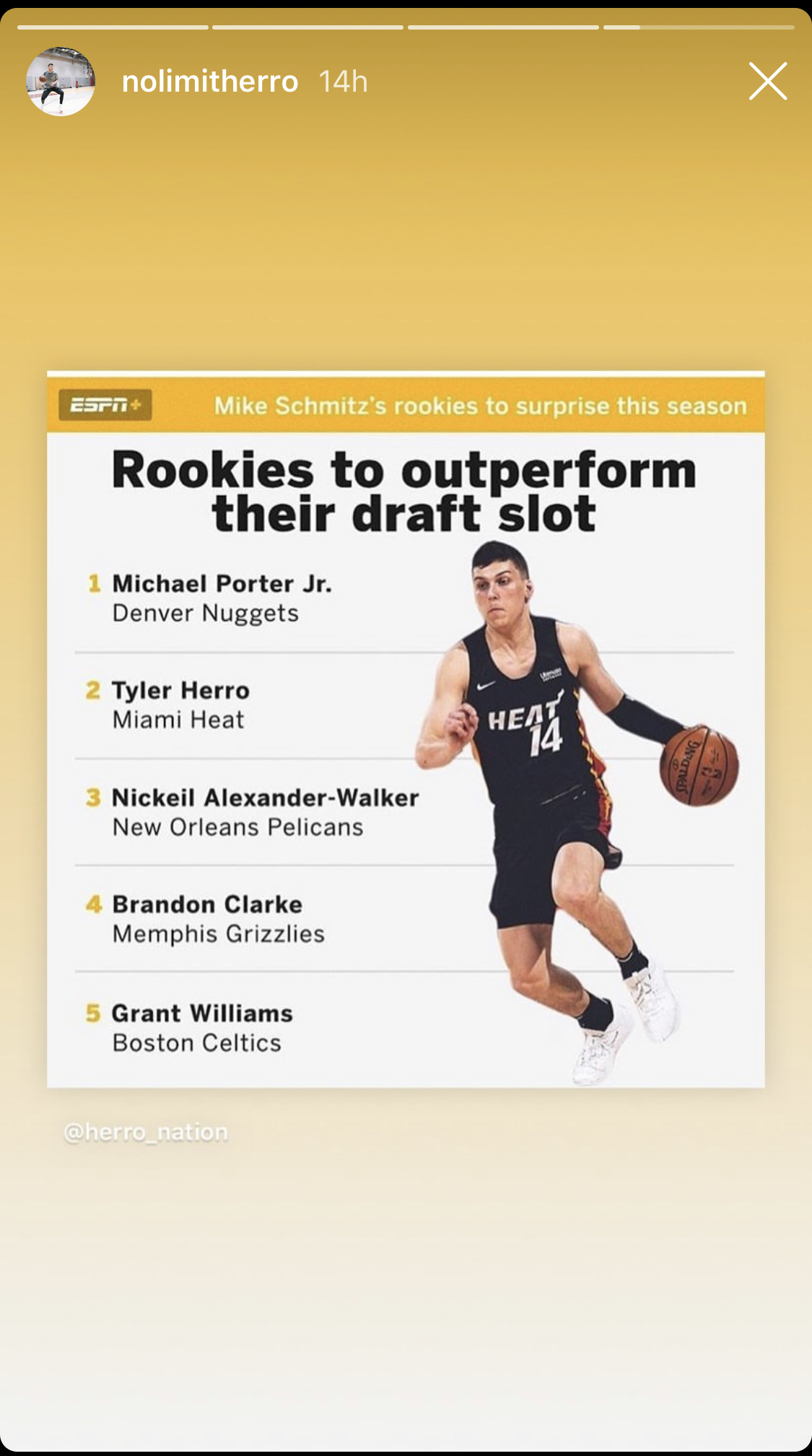 Herro was taken by the Heat out of the University of Kentucky with the No. 13 overall pick in the 2019 NBA Draft. He played just one season with the Wildcats, starting all of the team’s 37 games and averaging 14.0 points, 4.5 rebounds, 2.0 assists and 1.1 steals per contest.

One of the main assets he can offer the Heat is a shooting threat. He hit on 53.8 percent of his shots from the field at Kentucky, but only 35.5 percent on 3-pointers. Despite that lower number from beyond the arc, the Heat are projecting him to become a valuable deep threat.

Since being drafted, Herro has embraced the team’s rigorous approach to player development by putting in countless hours in the gym. While he is unlikely to start at the onset of the 2019-20 season, there’s little doubt that he’ll get a lot of opportunity to show his value to the team.

Herro’s confidence will help him in that area, a boldness that goes beyond the basketball court.

On the night he was drafted by the Heat, his fashion choices got plenty of notice. He’s now hoping that his game will be what people end up discussing.

Featuredmiami heatNews Tickertyler herro
← Previous Story J.J. Redick Says He Would Love to Play With Jimmy Butler Again
Next Story → Zaire Wade Insinuates He Wants to Make Money in His Name When He Starts Playing in NCAA