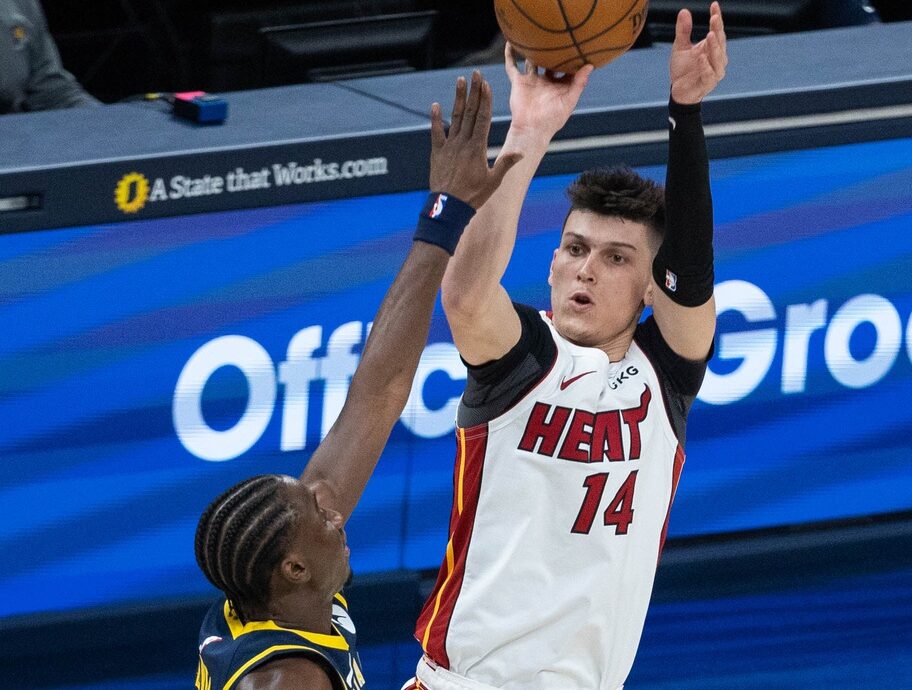 Miami Heat guard Tyler Herro has been the sixth man for the Heat for most of the 2020-21 season, but the second-year guard revealed that he expected to start this season.

Herro, 21, started the first 14 games of the season for Miami, but he has come off the bench since Feb. 5.

“Definitely thought I would be starting,” Herro said ahead of tonight’s game against the Los Angeles Lakers. “But I think as the season goes on, things change and I’m OK with coming off the bench right now and just continuing to do that.

“It was a short period of time where I was trying to adjust to it, because I was starting at the beginning of the season, so just trying to make that adjustment.”

Herro talked about his mentality playing with the second unit alongside Goran Dragic, Andre Iguodala and Nemanja Bjelica.

Herro is averaging 15.6 points, 5.1 rebounds and 3.5 assists per game this season. However, his 3-point percentage has dropped to 33.0 percent this season after shooting 38.9 percent from beyond the arc last year.

Still, the University of Kentucky product hasn’t changed his approach despite coming off the bench.

“I think it’s really the same,” he said. “I feel like I still get the same amount of shots either way.”

Herro’s play in last year’s postseason showed that he can be a big-time shot maker for Miami.

“I think they just trust me and I try to make winning plays,” he said. “I’m willing to take the big shots in the fourth quarter and I think they have confidence in me, and I think my teammates also trust me to go out there and try to win games.”

While Herro has had time to adjust to his sixth-man role, the Heat made some acquisitions at this year’s trade deadline that have further altered his role.

“I think any time you add new guys, there’s an adjustment period of getting to know each other and being able to play with each other and what the new guys like and what they have to adjust to what we do,” he said of the team’s acquisitions of Victor Oladipo, Bjelica and Trevor Ariza. “They’re still learning our system. So every day is a learning process and a learning period for us.”

Herro and the Heat are looking to rebound from a slow start to make it back to the NBA Finals this season.

Miami will have a Finals rematch with the Lakers on Thursday, but Los Angeles will be without stars LeBron James and Anthony Davis.

As for Miami’s potential this season? Herro thinks the Heat will only get better.

“I think that takes us to another level with our new guys,” he said. “I’m excited to see where we can go. I feel like this team has a lot of potential.”