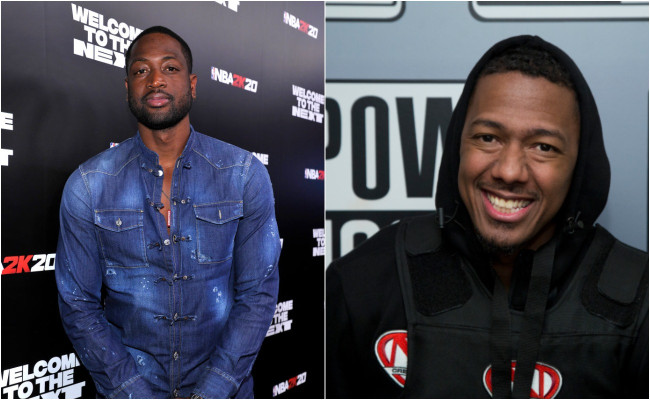 Retired Miami Heat legend Dwyane Wade courted controversy on Wednesday afternoon after he tweeted out support of Nick Cannon after Cannon was captured making anti-Semitic remarks on a podcast.

Dwayne Wade deleted this tweet saying he was on the side of Nick Cannon’s anti-Semitic comments. pic.twitter.com/PgaEdnZp2L

Cannon apparently made the remarks last year during a podcast discussion with a member of the former rap group Public Enemy: Richard “Professor Griff” Griffin. However, the broadcast only recently aired and caused the subsequent firestorm of criticism.

Nick Cannon says white people are "a little less," "closer to animals," "the true savages," "acting out of a deficiency so the only way they can act is evil." When does he get canceled? pic.twitter.com/vK3TBDW9i8

In the wake of Cannon’s remarks, ViacomCBS fired him as the producer for VH1’s comedy improvisation program “Wild ‘n Out,” citing the comments as the basis for the company’s move.

Wade’s support of Cannon could potentially prove to be problematic for the future Hall of Famer, considering the heavy Jewish population that resides in South Florida.

The loyalty of Wade toward Cannon is likely based on Cannon’s previous support of Wade’s wife, Gabrielle Union, after she was dismissed last year as a judge on the NBC program “America’s Got Talent.”

Union’s firing was followed by news reports alleging controversy behind the scenes of the show, with Wade quickly offering support for his wife. Just last month, Wade claimed that he and Union were being followed in the wake of her dismissal.

As of Wednesday afternoon, Cannon remains the host of the Fox entertainment program “The Masked Singer,” with no indication of what the network plans on doing.