Heat Nation’s Top Moments From Round 2 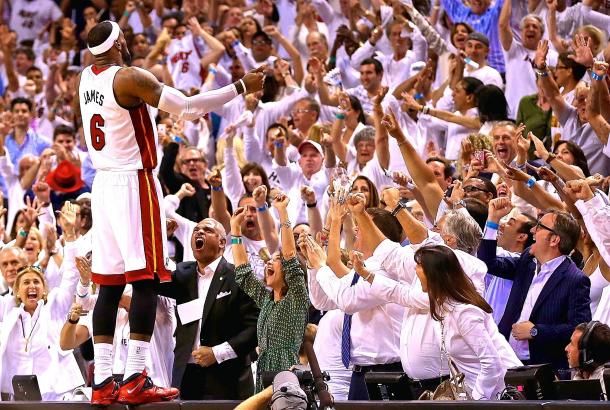 Whew, what a series. Similarly to the Heat-Bulls series in 2011, that five-game series between the Miami Heat and Brooklyn Nets felt like it could have gone to seven games. Unlike the quick sweep of round 1, this series was quite the action packed festivity.

Here are some of the top moments from Round 2 of the Heat-Nets series:

2. Joe Johnson hits the corner trey to bring the Nets within one.

3. Alan Anderson takes the ball from LeBron after a made basket. LeBron shrugs it off and says, “I ain’t got no worries.”

5. LeBron with the smackdown, D-Wade approves.

7. You already knew this one was coming. What more can I say? Ray Ray saves the day.

13. LeBron drops 49 on the Nets, but misses THIS freethrow that would’ve gave him 50. Take note of the fan’s reaction in the top right corner.