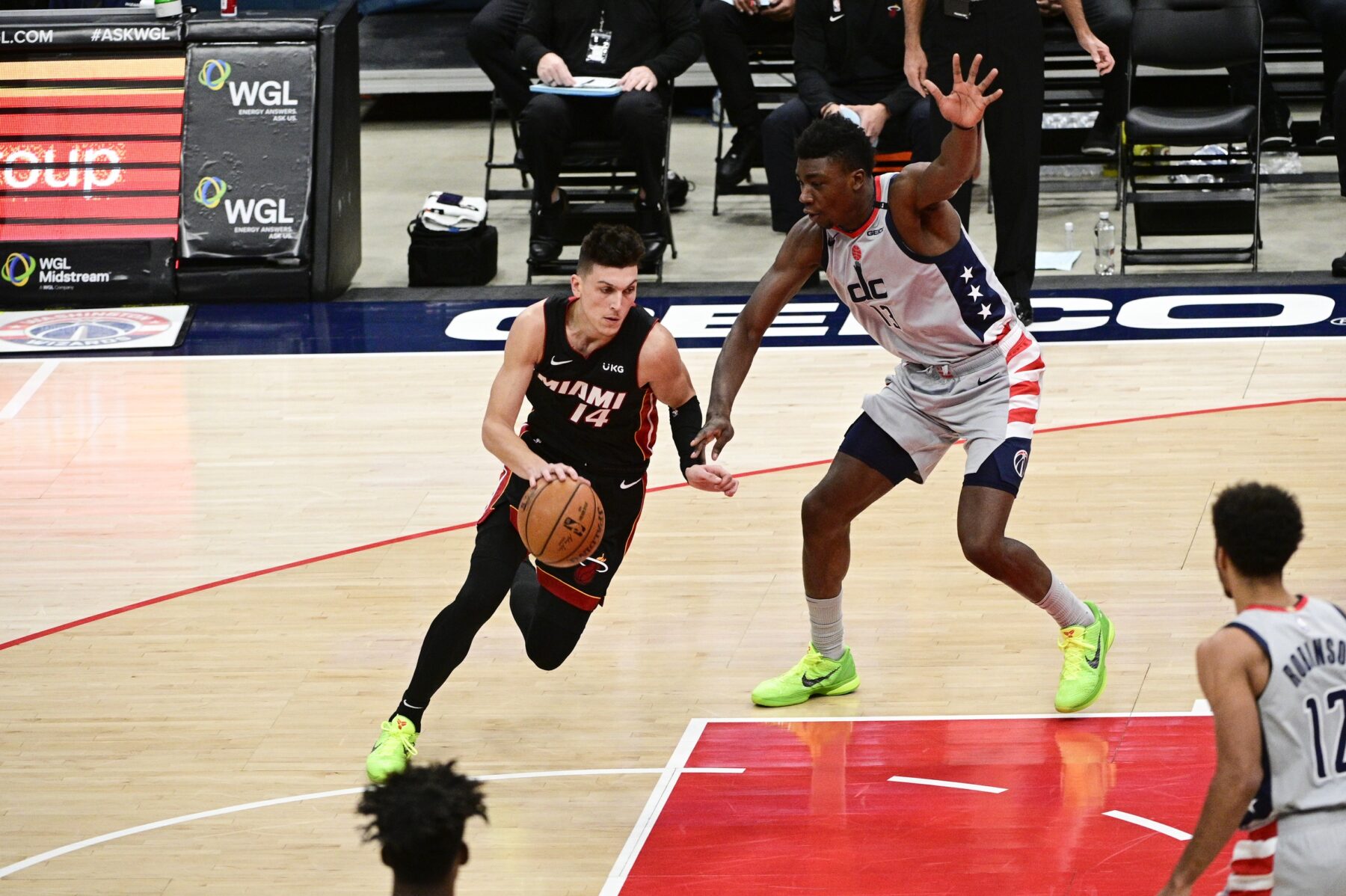 “Duncan Robinson’s new podcast, The Long Shot, has proven to be a gift that keeps on giving from the Heat 3-point specialist,” the Sun Sentinel’s Ira Winderman wrote. “Included was a recent segment regarding the subtle-yet-stinging taunting of Washington Wizards center Robin Lopez. ‘I think it was the third quarter in Washington. Tyler goes to the basket, draws the foul,’ Robinson said of teammate Tyler Herro. ‘He kinda, you know, does the head back, kinda leans into the call, definitely maybe manipulates a whistle a little bit. Just good basketball play, smart IQ.’ One that did not sit well with the Stanford-educated Lopez. ‘So Tyler’s at the line. Mind you, there’s no fans in Washington, like there aren’t in many arenas. So it is dead quiet,’ Robinson continued. ‘Robin is sitting on the baseline — crisscross, applesauce, mind you — and he’s watching. He’s not in the game. He’s just sitting on the baseline. And he has a very like deep, clear voice. And it’s after the first free throw, dead silence, he goes, ‘This league is full of theatrics and thespians. Several of you are worthy of Oscar-level performances for what you’ve done tonight. You should all be embarrassed, all of you, embarrassed.’ Yes, Robinson chuckled, ‘Just the fact, to throw ‘thespians’ into NBA-level trash talk, is just fantastic.’”

Clearly, Lopez was not happy with Miami’s ability to draw fouls.

It is an impressive word choice by Lopez as well, but the Heat got the last laugh, as they won the game 128-124.

Miami is just 6-8 this season, but it has been dealing with a rash of injuries and has lost players due to the league’s health and safety protocols.

Herro’s dramatics have been put on hold for the time being, as he is dealing with a neck injury that will force him to miss the next two games against the Brooklyn Nets.