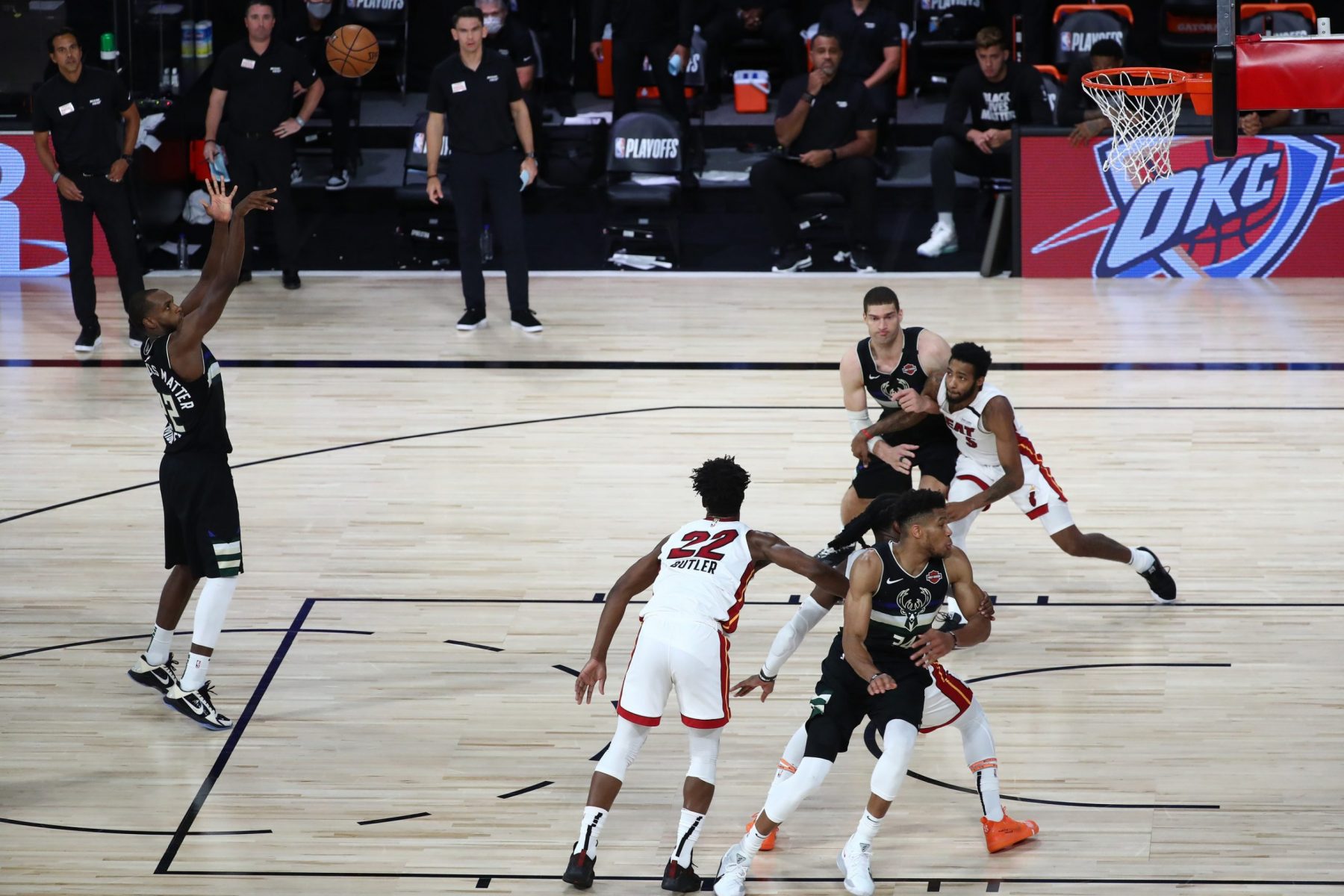 The end of Game 2 between the Miami Heat and the Milwaukee Bucks in the second round of the NBA playoffs was a wild one.

Referee Marc Davis explained the reasoning behind the call after the game.

Marc Davis to a pool reporter on the Dragic foul of Middleton:

“He didn’t allow him the space.”

However, Giannis Antetokounmpo fouled Jimmy Butler on the final play as time expired. Butler was fading away for the game-winner, but Antetokounmpo also invaded his landing space.

Marc Davis on the foul of Butler: “he must be allowed the space to land and Giannis contacts him on the torso with his left hand.”

The foul allowed Butler to sink two free throws and give Miami a 116-114 victory.

Antetokounmpo was visibly upset following the loss to Miami, and Butler provided his take on the final play after the game.

The Heat are now surprisingly up 2-0 over the Bucks in their second-round series.

They will look to build on the momentum of tonight’s win on Friday against Milwaukee at 6:30 p.m. EST from the Orlando, Fla. bubble.