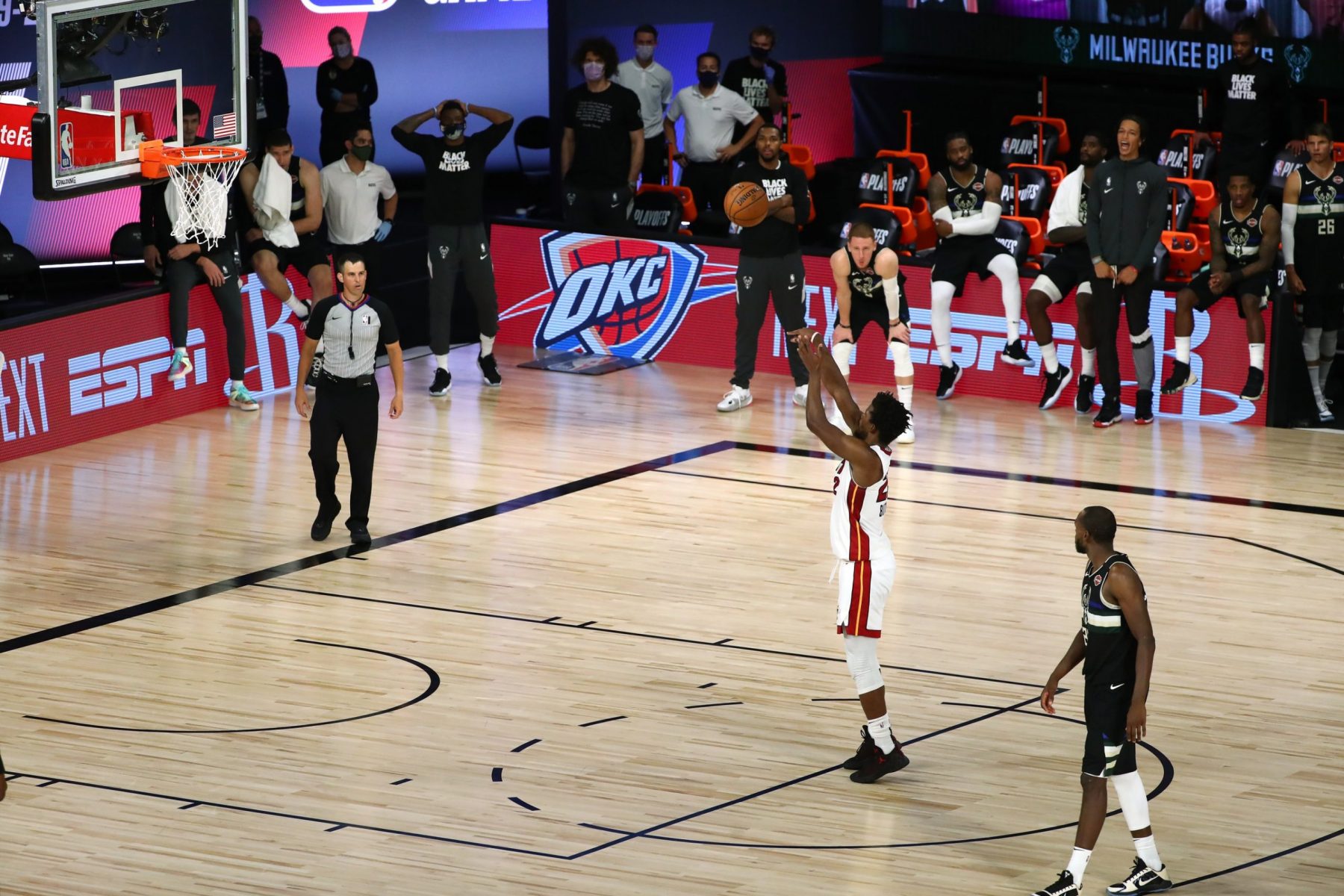 With 4.3 seconds left in Game 2 of their best of 7 series against the Miami Heat, the Milwaukee Bucks were feeling the pressure.

With his team facing the prospect of going down 0-2 in the series, superstar Giannis Antetokounmpo fouled Jimmy Butler in the act of shooting as time expired.

Butler made both foul shots to win the game, and afterward he talked about the final play that won it for Miami.

“It was an iso. Goran [Dragic] made a hell of a pass on the inbound, and then just wait for the clock to go out, step-back jumper, and I got fouled,” said the Heat All-Star. “He pushed me in the back. Can’t deny that, and then I knew I had to make one out of two. I think I made both of them, and we win.”

“The first one though sort of rims out and then rims back in,” responded Ira Winderman of the Sun Sentinel.

“I don’t give a damn. It went in,” answered Butler.

Unlike Game 1 when he poured in 40 points, Butler had a quiet Game 2, as he scored just 13 points on 3-of-8 shooting from the field.

Instead, this was a team win, as seven Heat players registered double figures in scoring. It seemed to highlight one of the strengths of the team, which is their depth and “next man up” mentality.

Miami now needs to win just two of the next five games in order to advance to the Eastern Conference Finals and face the winner of the Boston Celtics-Toronto Raptors series on the other side of the bracket.

Featuredjimmy butlermiami heatNews Ticker
← Previous Story Video: Giannis Antetokounmpo Looks Devastated as Bucks Fall in 0-2 Hole to Heat
Next Story → D’Angelo Russell on Why He’d Pick Bam Adebayo to Build a Team Around for the Next 10 Years