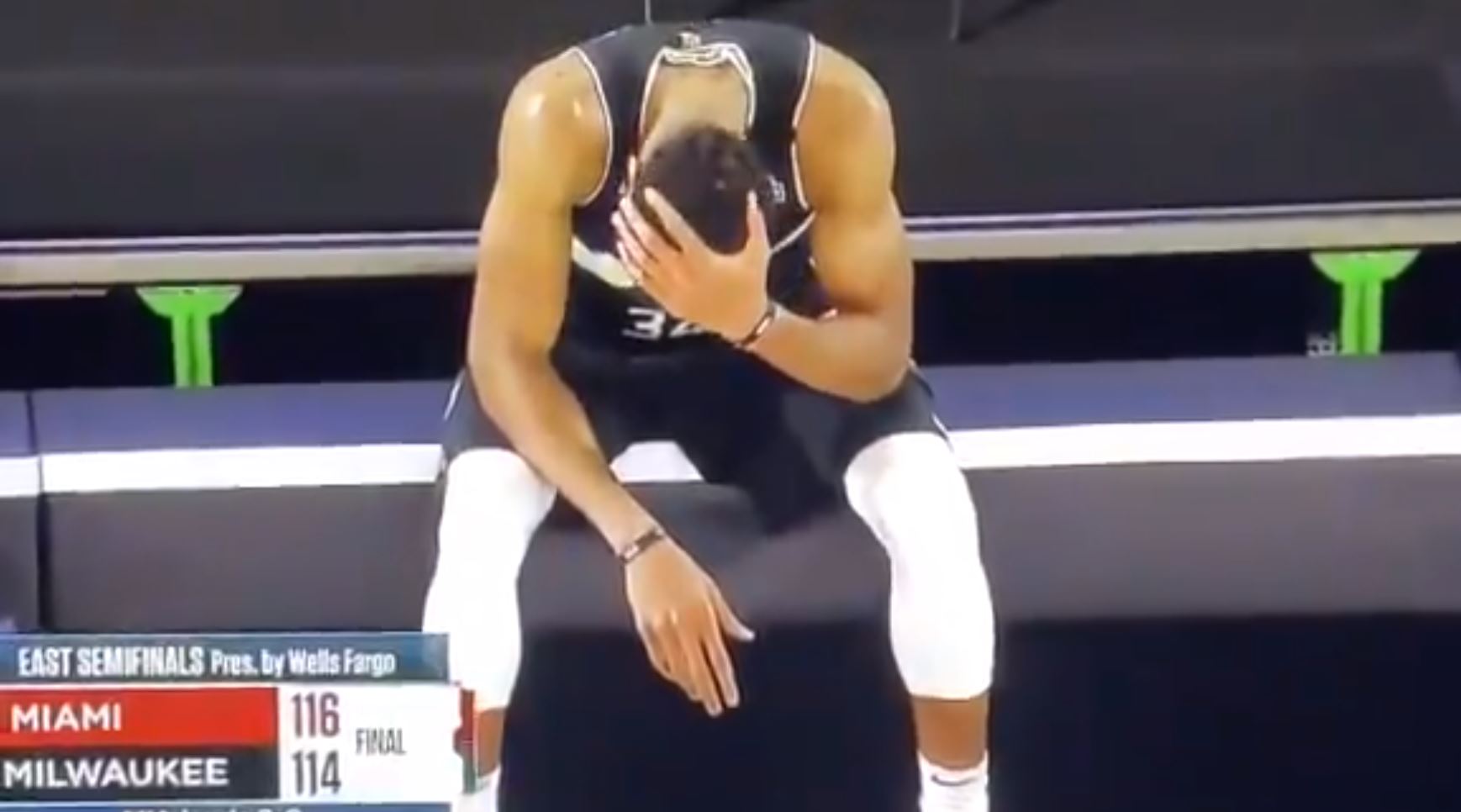 On Wednesday, the Milwaukee Bucks were on the verge of sending Game 2 of their best-of-seven series against the Miami Heat into overtime.

However, the Bucks committed a fatal mental mistake as they fouled Jimmy Butler with no time left in the fourth quarter.

Butler made both free throws, and Milwaukee superstar Giannis Antetokounmpo had a forlorn look as his team fell behind in the series 0-2.

Giannis is not happy. pic.twitter.com/baPby1CBX3

Miami went up by as many as 13, but the Greek Freak led a comeback with 29 points and 14 rebounds.

The man who many expect to be named regular season MVP for the second year in a row had a strong bounce-back game after an anemic Game 1.

But it wasn’t enough to hold off the Heat, who had seven players score in double figures. As a result, they’re now halfway to their first Eastern Conference Finals appearance in six years.

Meanwhile, the Bucks face the formidable task of defeating a scrappy Miami team in four of the next five games to avoid a very disappointing end to what looked like a promising season.