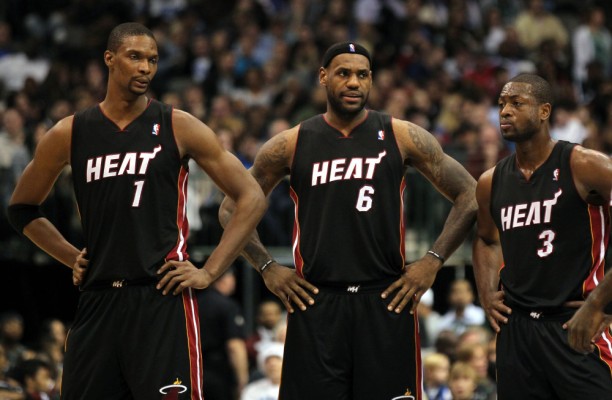 NBA 2K18 is unveiling a new “All-Time” roster for every franchise in the most recent edition of the ever so popular video game. Two members of the Miami Heat’s all-time team (Dwayne Wade and Shaquille O’Neal) were revealed a little over a week ago, but the entire roster was leaked on Thursday afternoon. 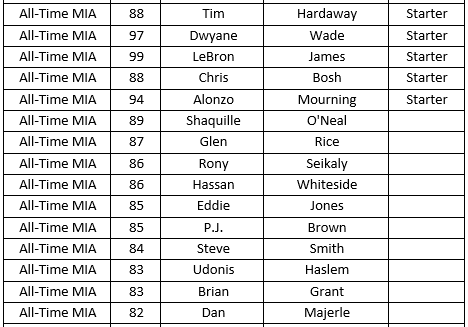 James finished with the highest possible rating in the video game at 99, with Wade not trailing too far behind at 97. It’s interesting to note that guards Goran Dragic, Jason Williams, Gary Payton, and Ray Allen did not make the cut.
[xyz-ihs snippet=”Responsive-ImagenText”]