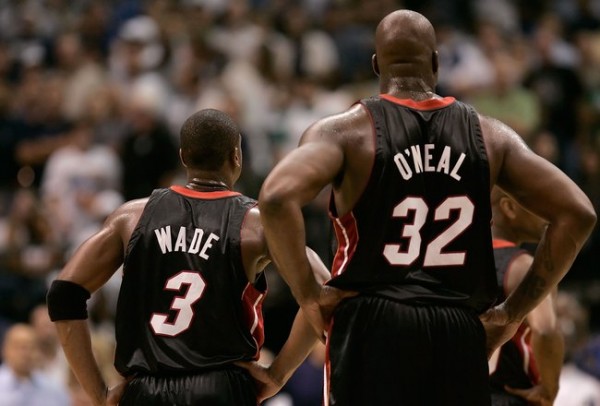 With NBA 2K18’s release date just over a month away, the highly anticipated video game has been keeping fans excited by slowly releasing details of the upcoming game. As has been the case in the game’s most recent versions, fans will not only be able to play as their favorite current NBA teams, but historically great teams as well. In the game’s latest edition, players will also enjoy the option to play with each franchise’s All-Time Team, which will include the best players to ever play for any given franchise.

On Tuesday, 2K18 revealed two players on the Miami Heat‘s All-Time Team and it’s no surprise that Dwyane Wade and Shaquille O’Neal will be the prominent members of that team with ratings of 97 overall and 89 overall, respectively.

Wade and O’Neal enjoyed great success when they played together in Miami and fans are sure to look forward to reliving some of their greatest moments.

The rest of the Miami’s All-Time Team has yet to be revealed, but with Wade and Shaq leading the charge, the Heat are sure to be one of the most competitive squads in the game.
[xyz-ihs snippet=”HN-Native-EndofArticle”]