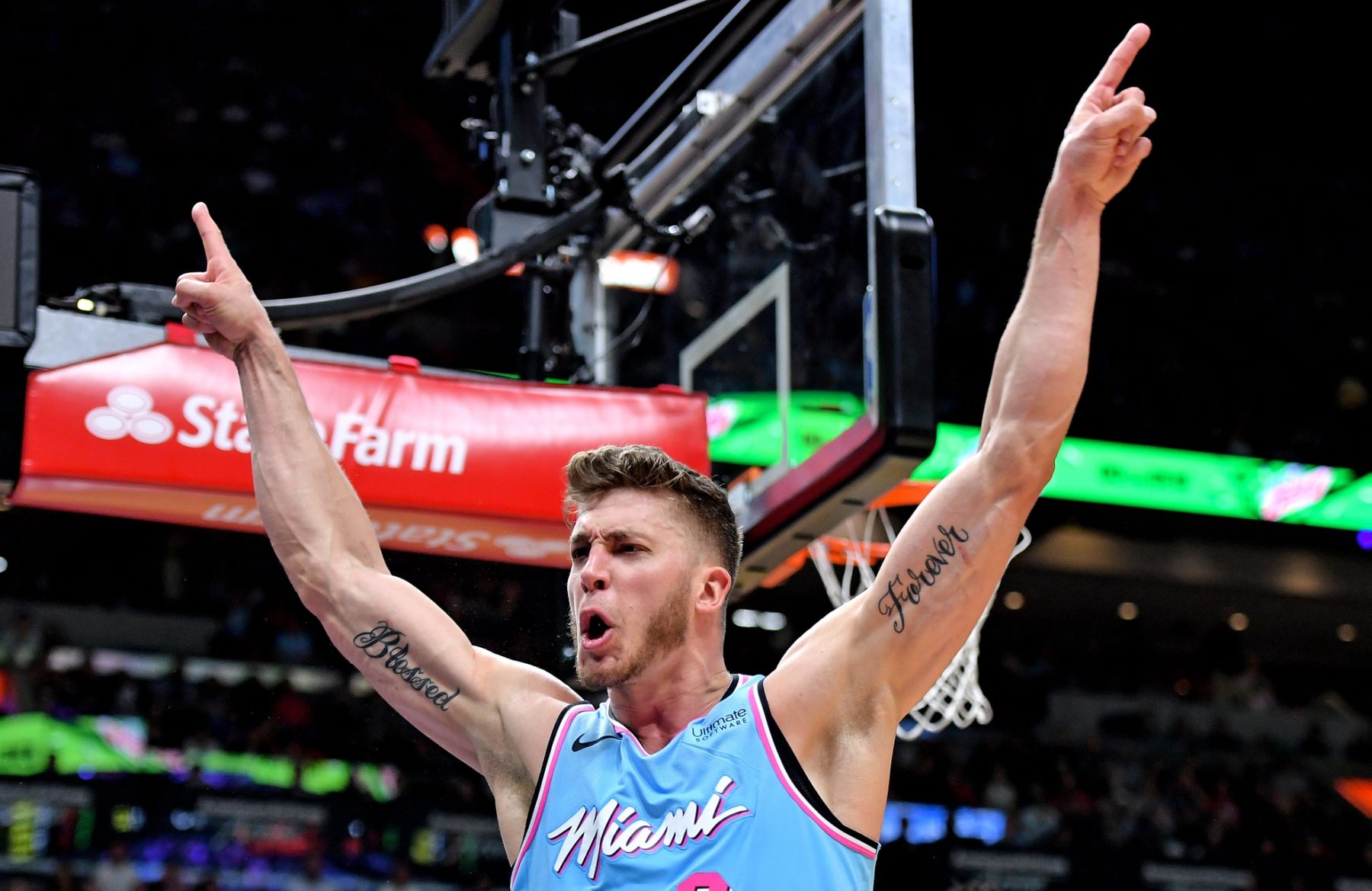 The Miami Heat have one of the best team cultures in the NBA.

Heat newcomer Meyers Leonard believes the squad’s special culture will give it an advantage when the season resumes later this month.

When asked how quickly the starting group can get back on the same page, Meyers Leonard is confident it won't take as long as some other teams.

"Heat culture is very real. That gives us a leg up."

"Here, everybody knows their role."

The NBA suspended the 2019-20 season back in March due to the coronavirus pandemic.

However, the league office has found a creative way to continue the campaign. At the end of this month, 22 teams will congregate in Orlando, Fla., and fight it out for playoff seeding before gunning for a championship.

No team will be granted home-court advantage or luxurious accommodations. Every player will deal with the same circumstances.

As a result, the unique bubble in Orlando will be a test of mental strength.

Leonard, who is in his first season in Miami, understands the potency of the Heat’s iconic culture. The Heat play hard, don’t make excuses and are always zoned in.

In addition, team captain Udonis Haslem believes the Heat’s mental edge will keep them ahead of the rest of the league.

On the season, Leonard is averaging 6.1 points and 5.1 rebounds per game. He is eager to get back on the court and help the Heat compete for a title.

The Heat hold the No. 4 spot in the Eastern Conference standings.