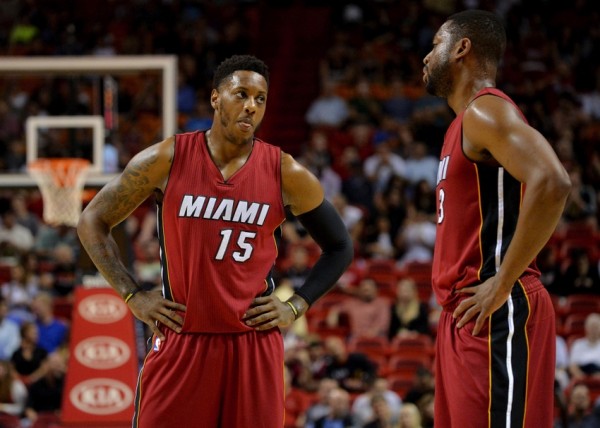 Mario Chalmers and Dwyane Wade spent a little over seven seasons together as teammates on the Miami Heat, winning two NBA championships and reaching the NBA Finals on four occassions during that time.

When Chalmers joined the Heat after being acquired in a trade during the 2008 NBA Draft, Wade had just completed his fifth season in the league. Wade was also already an established superstar.

The 34-year-old Chalmers was asked by Alex Kennedy on the HoopsHype Podcast who the best leader he ever played with was. Chalmers hesitated a bit before coming up with his answer.

“D-Wade,” answered Chalmers on the best leader he’s played with.

It’s clear with this answer that Wade had a big impact on Chalmers and took the University of Kansas product under his wing.

Seven seasons is a long time to be playing together, and it’s obvious that in that time, the two became friends.

Over the years, Wade has talked about Chalmers multiple times, congratulating him when Chalmers won the 2018-19 Basketball Champions League with Italian team Virtus Bologna and reminiscing on old Chalmers stories with current Heat veteran Udonis Haslem.

Chalmers has not played in the NBA since the 2017-18 season.