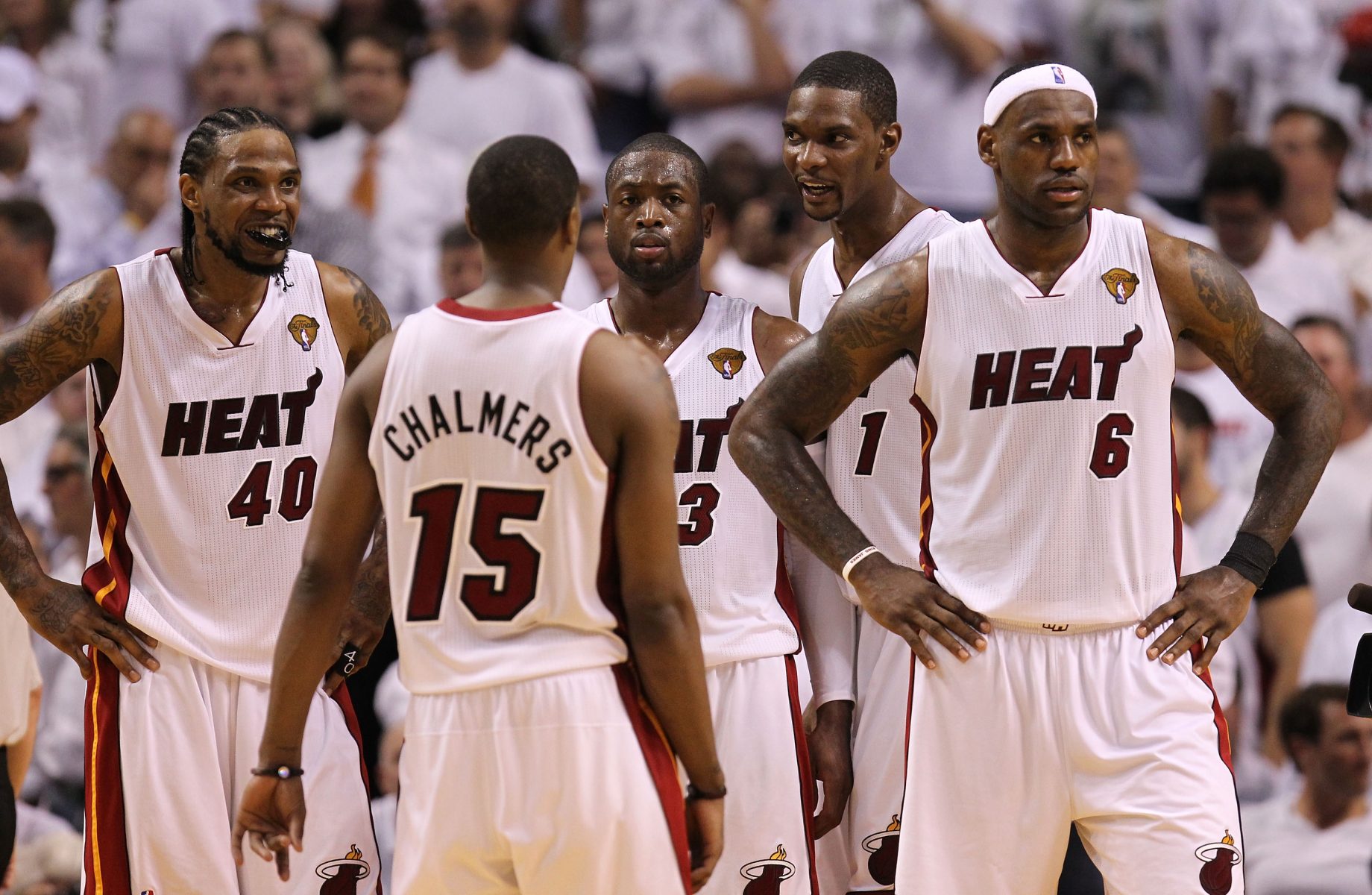 Despite the fact that Dwyane Wade and Mario Chalmers haven’t played together since November 2015, their bonds of friendship remain tight.

That was evident when Wade sent out a congratulations to Chalmers for helping lead his Italian team to a 2019 Basketball Champions League title on Sunday.

My lil bro is a winner. Point. blank. period. @mchalmers15 Congrts champ. Keep doing what you do. Win! https://t.co/7r2FoNHp6s

Chalmers scored just eight points in Virtus Bologna’s 73-61 win. However, it was his clutch turnaround jumper with 1:13 left in the game that helped his team hold on for the victory against a furious comeback by the Spanish team, Iberostar Tenerife.

Prior to the basket, Virtus was clinging to a 65-59 advantage.

As the 34th overall selection in the 2008 NBA draft, Chalmers teamed with Wade in the Heat backcourt for just over seven seasons. During that time, the two players enjoyed huge success as part of two NBA championship squads and four Eastern Conference title teams.

This most recent championship for Chalmers continues a string of titles acquired during his basketball career and puts him in rare territory. That’s because he’s now won a state title as a high school player in Alaska, an NCAA title with the University of Kansas in 2008, two NBA titles with the Heat, and his newest title.

In 2016, Chalmers’ NBA career appeared to be in jeopardy after he tore his Achilles, though he did return to play 66 games for the Memphis Grizzlies during the 2017-18 season.

Whether or not these latest heroics help lead to a return to the NBA remains to be seen, but it’s clear that his bond with Wade will remain strong.
[xyz-ihs snippet=”HN-300×250-TextnImage”]