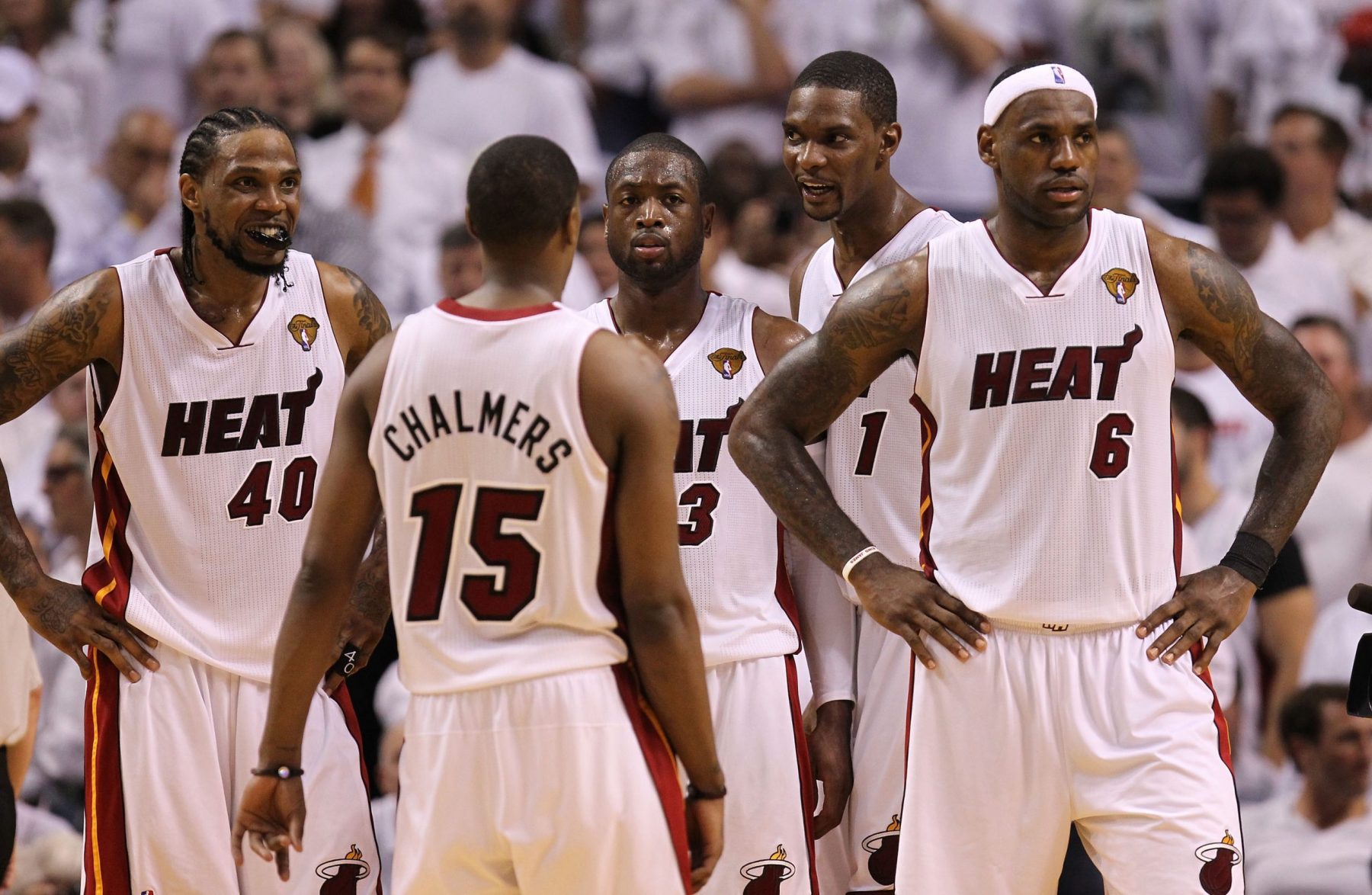 Dwyane Wade, Udonis Haslem and point guard Mario Chalmers played a lot of games together as members of the Miami Heat.

In a recent conversation between Wade and Haslem, the two Heat legends couldn’t help but clown Chalmers while telling a story about a potential game-winning shot during the Big 3 era.

“I think it was you and ‘Bron (LeBron James),” Haslem began. “Ya’ll took a game-winning shot, we missed it, we went into overtime. I think Rio (Chalmers) tapped you or ‘Bron and said, ‘I was open.'”

Wade and Haslem then burst out laughing.

“Yo, he (Chalmers) wanted it,” Wade said. “When he had to get a ball up to me and ‘Bron down the stretch, you could see a little hesitation in him before he passed it like, ‘Man, I really want to shoot this.'”

Chalmers had a successful career with the Heat. He served as the team’s starting point guard for much of the Big 3 era. In his career, he averaged 8.9 points, 3.7 assists and 2.5 rebounds per game.

Still, the thought that a player of Chalmers’ caliber would take a potential game-winner over historic greats such as Wade or James is certainly laughable.

Haslem finished the anecdote with words of strong praise for his former teammate.

“Man listen,” he said. “I’m taking Rio down the fox hole seven days a week and twice on Sunday.”