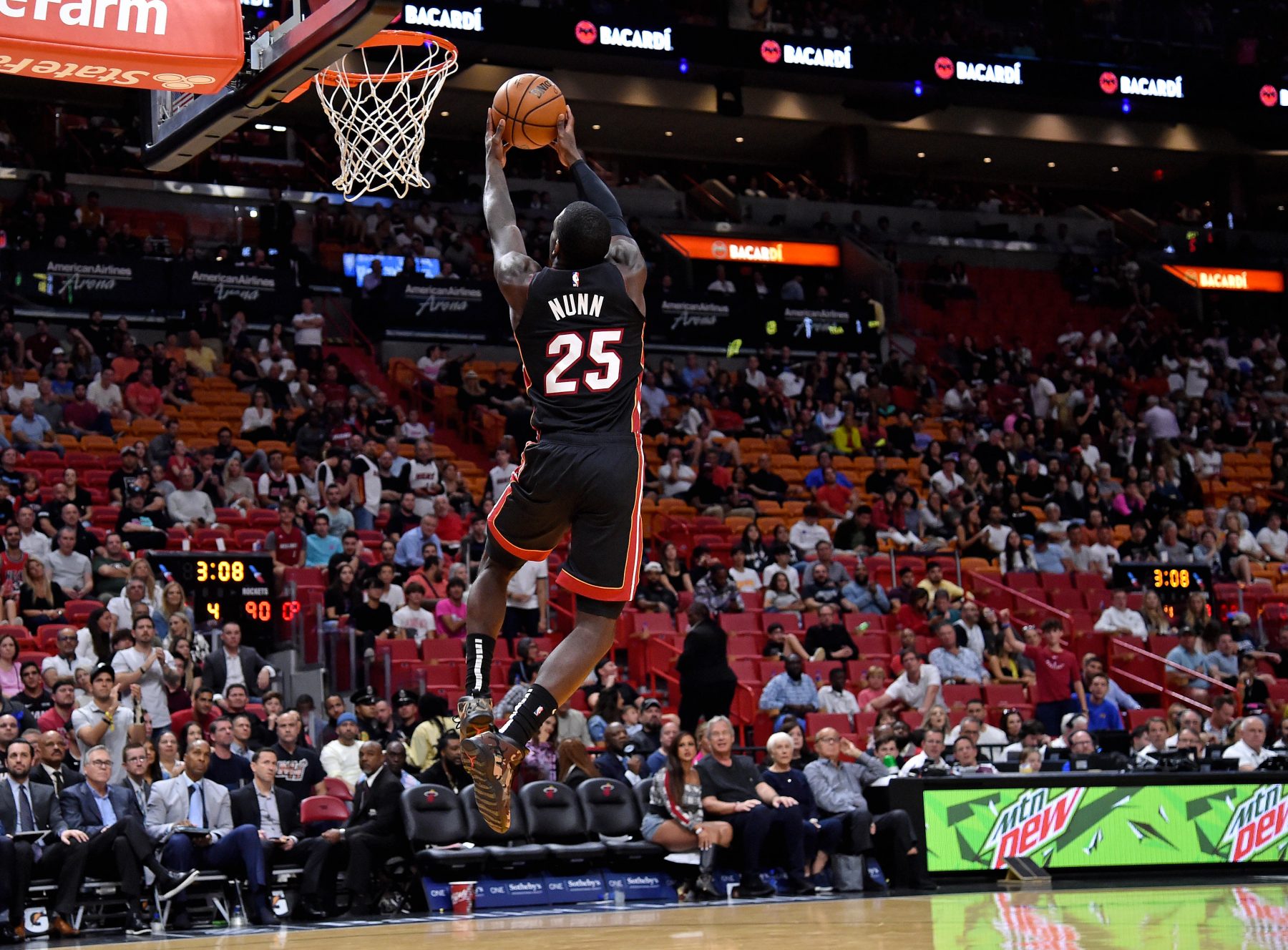 While that prevented Nunn from immediately absorbing Wade’s knowledge of the game, the rookie did have the opportunity to speak with him last week when the Heat played in Los Angeles.

Barry Jackson of the Miami Herald noted that Nunn and Wade spoke on Friday, the same day the Heat dropped a 95-80 decision to the Los Angles Lakers. The rookie indicated that Wade’s stature in the game was something that made his words connect.

“Kendrick Nunn enjoyed the feedback he received from Dwayne Wade when they spoke on Friday in Los Angeles,” Jackson wrote. “Nunn signed with the Heat on the last day of the season but wasn’t in attendance for Wade’s final game that night.

“’He told me he’s happy for me, to continue to develop and learn, be a sponge, just learn as much as I can,’ Nunn said. ‘It was definitely meaningful coming from him, someone who has been in this organization and left their legacy here and created a culture, has been part of a culture and championship for years. It was definitely big coming from him. I’ve been watching him since I can remember. Years going back, he was one of my favorite players for sure.’”

Following a torrid star in his first five games this season, which included some record-setting performances, Nunn has cooled off in the most recent four contests. Still, after nine games, the rookie is averaging 16.6 points, 2.6 assists and 2.2 assists per game.

Those numbers are more than acceptable to the Heat, who signed the undrafted free agent after he had played last season in the G League for Golden State’s affiliate. His contributions have helped the Heat win six of their first nine games, despite injuries and the chaos surrounding Dion Waiters serving as roadblocks.

Wade’s deep connection with the Heat franchise makes it very likely that the conversation last week will be one of many between the future Hall of Famer and Nunn. The hope is that the wisdom Wade imparts will continue to have a lasting impact on the newcomer.