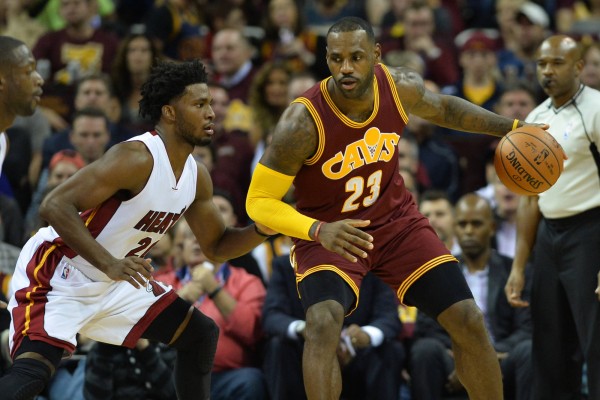 James, who played for the Heat from 2010-14 and won two championships with the team, could potentially become a free agent this offseason if he decides to decline his player option with the Cavaliers for 2018-19.

Throughout last season, there were reports that James was interested in a reunion with the Heat and odds have shown that the Heat are one of his potential destinations.

According to ESPN’s Stephen A. Smith, the Heat are one of the seven teams that the 33-year-old will be talking to during the free-agency period. The other six teams are the Warriors, Cavaliers, Philadelphia 76ers, Boston Celtics, Houston Rockets, and Los Angeles Lakers.

These are the 7 teams in the mix for LeBron James. pic.twitter.com/XfqwUKTwBI

If LeBron were to return to Miami, the Heat would need to figure out a way to get rid of the large contracts they currently have on the books. According to Spotrac.com, the Heat are currently about $19.3 million over the cap, which of course would not allow them to sign the three-time champion.

Some of the big deals that the Heat could attempt to get rid of include Hassan Whiteside‘s (due $25.4 million), Tyler Johnson‘s (due $19.2 million), Goran Dragic‘s (due $18.1 million), and James Johnson‘s (due $14.4 million). However, interest in these players might not be that high and the Heat would potentially have to add sweeteners to the deals in order to entice other teams.