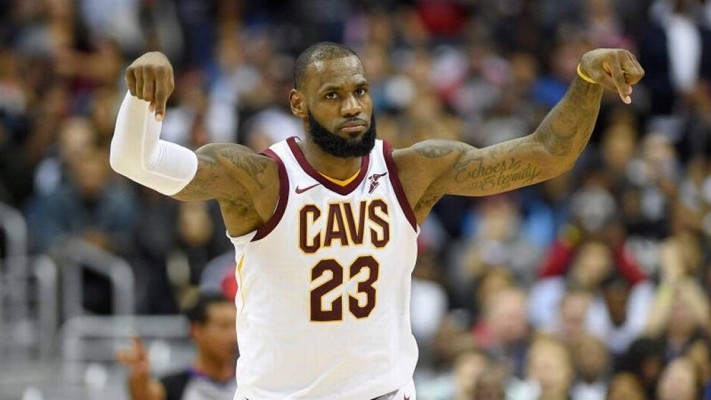 Throughout the 2017-18 NBA season, there were whispers that a reunion between LeBron James and the Miami Heat was possible. However, most of those rumors were cast aside when experts considered the favorites to sign the four-time MVP.

Now, it seems the experts in Las Vegas see Miami as a very real option for James. According to Ira Winderman of the Sun Sentinel, several online bookies are giving fairly favorable odds for James to end up back in South Florida:

“Bovada.lv, an offshore book, last week listed the Heat as 25-1 to create a LeBron reunion before the start of next season, with BetOnline putting the Heat’s chances for such a reunion at 20-1.”

A potential James-Miami reunion undoubtedly plays a huge role behind the surprising news that the Heat currently hold the fifth best odds at winning the NBA championship next season at 20-1. According to one expert, those odds are subject to change if James should decide to sign elsewhere.

“When you have LeBron in free agency, you have to be careful,” Westgate SuperBook oddsmaker John Murray told ESPN. “You’ve got Philadelphia, Miami, the Lakers and even Houston as potential destinations. We cut all of those teams’ odds down, and we’ll raise back up the teams he doesn’t sign with.”

It remains to be seen whether or not James is seriously considering a second stint with the Heat, but once the current NBA Finals series comes to an end, his future should begin to crystalize rather quickly.

If James does end up signing with the Heat, their odds to win the NBA championship next season would likely go up. Perhaps now is the time to put some money on the Heat winning it all next season.
[xyz-ihs snippet=”HN-300×250-TextnImage”]