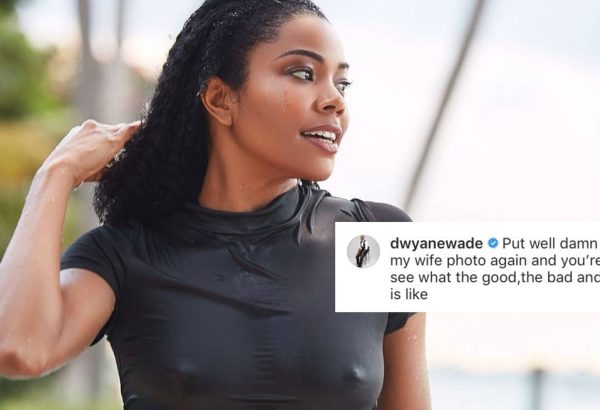 Dwyane Wade and his former teammate on the Chicago Bulls, current Minnesota Timberwolves guard Jimmy Butler, seem to have gotten into some playful beef over a picture Wade’s wife, famous actress Gabrielle Union, posted on Instagram.

As seen above, Butler commented “WELL DAMN!!” on a picture Union uploaded from Venice, Italy. The Wade family, which includes both Union and Wade, as well as Wade’s two sons and nephew, are currently in Venice for a wedding.

After noticing what Butler wrote on his wife’s photo, Wade went onto Butler’s Instagram to make sure that he knew not to hit on his wife.

Although some fans might think that this beef is real, it’s probably just two friends joking around with one another as we have seen the two pros have fun together as recently as this offseason.

The three-time champion has yet to decide on whether or not he will return for a 16th season in the NBA. On Tuesday, it had been reported that he had agreed to return to the Miami Heat for one last season. However, Wade himself put that report to rest with a single tweet that read “Fake News.”

With the regular season set to begin soon, time is running out for Wade to make a decision. Heat president Pat Riley has said that Wade has already been offered a spot on the team. Now it is up to the Heat’s all-time leader in points to decide if he wants to play one last season in the NBA with the team that drafted him fifth overall in the 2003 NBA Draft.
[xyz-ihs snippet=”HN-300×250-TextnImage”]