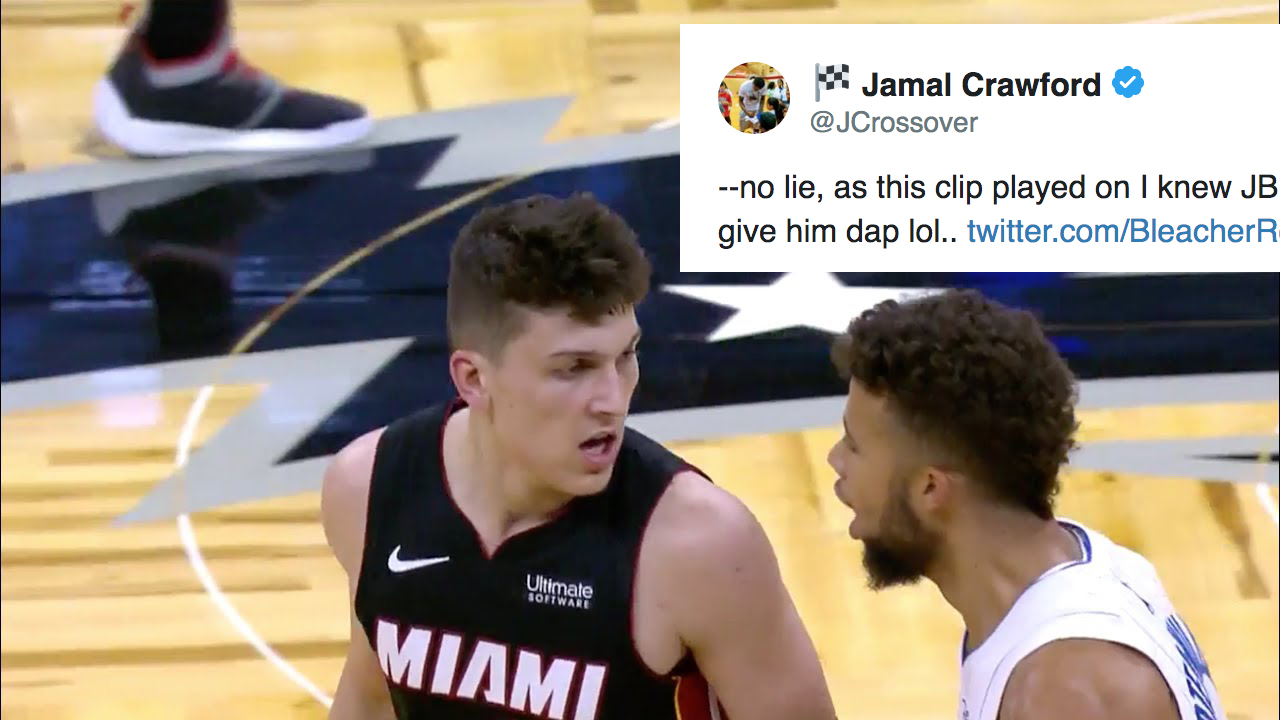 That led veteran guard Jamal Crawford to take note of how the Heat’s Jimmy Butler showed his appreciation to Herro for his competitive nature.

–no lie, as this clip played on I knew JB would be the first one to give him dap lol.. https://t.co/77VDsSai7O

Herro knocking down a 3-pointer was the spark for the confident rookie to verbally spar with Carter-Williams. The jousting eventually led to both players being separated by officials and being assessed technical fouls as a result of their actions. After walking away, the first player to deliver a high five to Herro was Butler.

When the Heat acquired Butler during the offseason, they knew they were getting a player who thrives on the type of in-game competitiveness that’s represented by trash talking. His arrival came just weeks after the team drafted Herro with the 13th overall pick in the NBA draft.

In the weeks that followed their arrivals, Herro showed a high level of confidence and was able to quickly bond with Butler. The two players were seen on social media getting ready for the start of training camp, most notably by conducting early-morning workouts that embodied their tireless work ethics.

The chemistry between Butler and Herro will be important for the Heat, who have had plenty of turnover during the offseason and are set to begin the post-Dwyane Wade era. The hope is that the duo will be a key piece of a big season for the team, one that will be focused on going as deep as possible in the postseason.