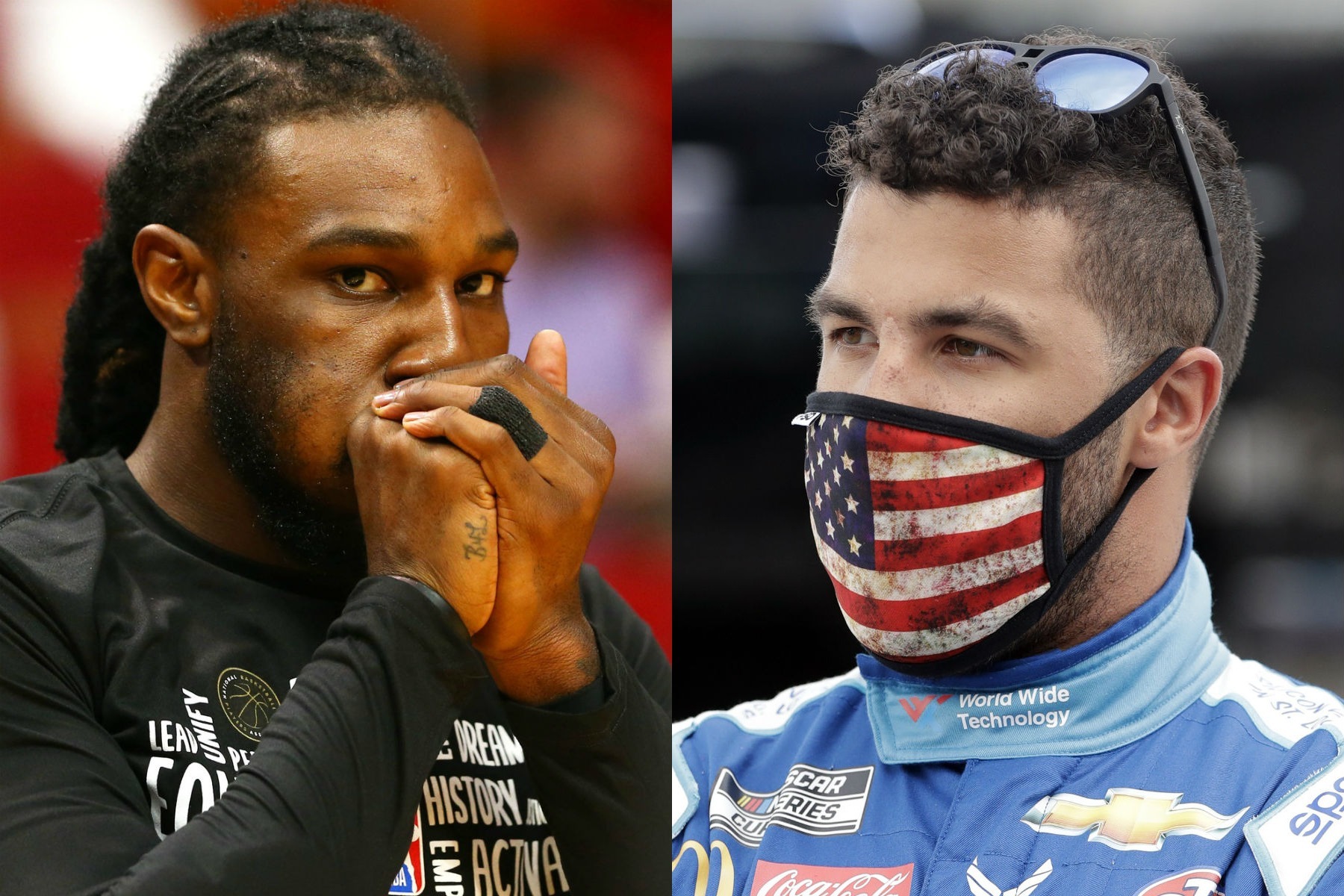 On Sunday, NASCAR announced that a noose was found in driver Bubba Wallace’s garage stall at Talladega Superspeedway.

WE STAND WITH YOU @BubbaWallace AND WE ARE FIGHTING WITH YOU! STAND STRONG BROTHER.!! ✊🏾✊🏾

Crowder, 29, has been vocal about numerous public issues in the last few months.

Recently, the journeyman bashed a doctor who said he wanted to see players return to the court despite COVID-19 concerns. Crowder also praised Milwaukee Bucks sharpshooter Kyle Korver for choosing to stand with his black teammates.

The Heat acquired Crowder, Andre Iguodala and Solomon Hill from the Memphis Grizzlies back in February. Most fans expected Iguodala, a former NBA Finals MVP, to be the prized return in the trade.

However, it is Crowder who has been a surprising success. In a Heat uniform, he has posted 11.9 points, 5.8 boards, 2.0 assists and 1.5 steals per game this season.

Now, the veteran is locked in on helping the Heat win a championship this season. Miami holds the No. 4 spot in the Eastern Conference standings.