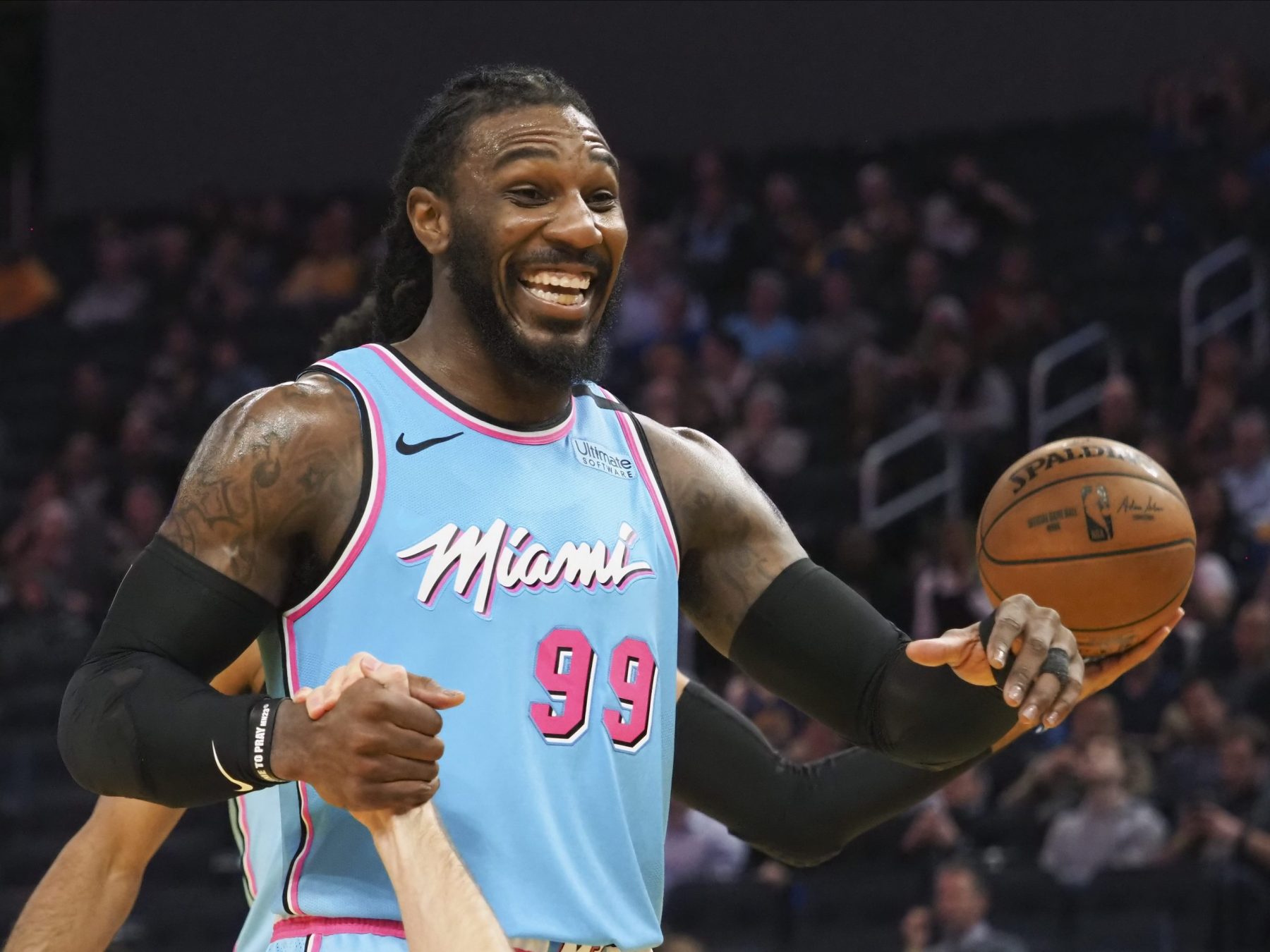 Jae Crowder has been a member of the Miami Heat for just over a month, but his love for the city is already quite strong.

On Tuesday, the talented forward took to Twitter to pen a brief love letter to the city he now calls home.

In order to do so, he searched far back into his previous tweets, retweeting a personal post from 2012 in which he called Miami his second home.

CHECK THE DATE…. MIAMI THIS FEELS SO RIGHT. IM THANKFUL YOU GUYS HAVE WELCOMED ME WITH OPEN ARMS.! LETS KEEP WORKING TO BRING THE 4TH ? BACK TO WHERE IT BELONGS.! -99 https://t.co/Y5K3LQ1rZ7

Crowder was something of an afterthought in the deal that sent him, Andre Iguodala and Solomon Hill to Miami.

Since then, Crowder has morphed into the most impactful member of that trade. In his first 12 games in Miami, he’s averaging 12.3 points, 5.5 rebounds and 1.8 assists in 28.5 minutes per game.

While he missed the Heat’s most recent game due to a concussion, Crowder is expected to be back in the lineup on Wednesday when his team takes on the Charlotte Hornets.

He figures to play a large role for the Heat as the playoffs approach.

Sadly, the veteran forward is scheduled to become a free agent this summer.

While the Heat may offer him an extension, it seems more likely that they elect to let him walk in order to keep their books as open as possible in preparation for the loaded 2020-21 free agent market.

FeaturedJae Crowdermiami heatNews Ticker
← Previous Story An Inside Look at the $6.2M Los Angeles Mansion That Dwyane Wade’s Put Up for Sale
Next Story → Jimmy Butler Heaps Praise on Bam Adebayo, Calls Him Max Player and Leader of Miami Heat