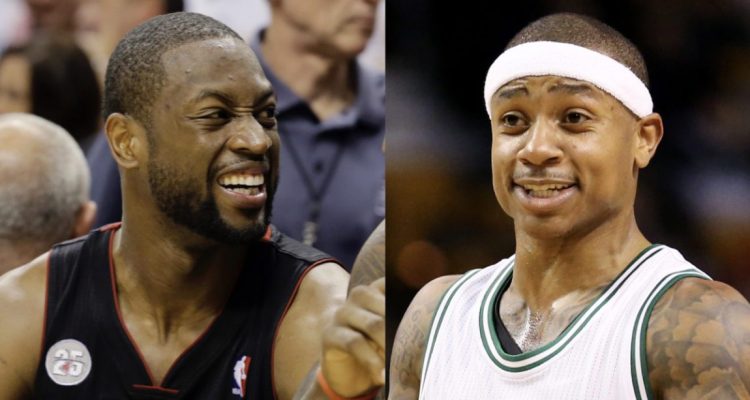 On Thursday, Dwyane Wade took to social media to roast his former Cleveland Cavaliers teammate Isaiah Thomas, and it didn’t take long for the point guard to respond.

Wade joked about Thomas’ famously small frame, and Thomas took to Twitter to show that he’s a pretty good sport about his taller colleagues making jokes.

I’m 5’9 so I can’t even shop at that store lol nothin fits. Good one flash! https://t.co/woUEDHPTRL

Both Thomas and Wade had short-lived careers with the Cavs last season, and both were shipped off as part of the multiple trades the Cavs made prior to the trade deadline.

At the moment, both players are not playing. While Wade is taking time off to spend time with his newborn daughter, Thomas is still rehabbing from offseason surgery he underwent to repair an injured hip.

Hopefully both players return to the court soon. Until then, fans will have to settle for social media trolling.
[xyz-ihs snippet=”HN-300×250-TextnImage”]