Report: Dwyane Wade Open to Returning to Miami at Some Point in Career 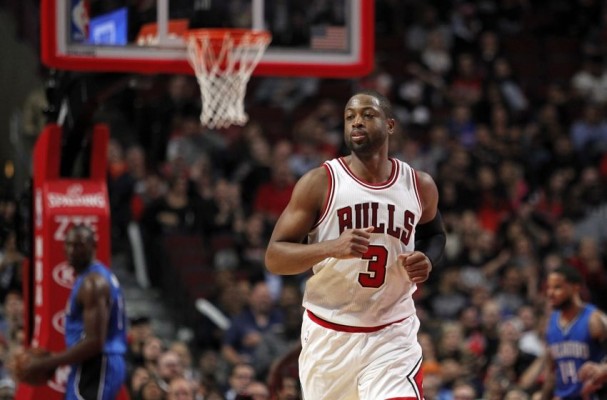 Despite having left in free agency last year for the Chicago Bulls, former Miami Heat guard Dwyane Wade isn’t completely ruling out the idea that he’ll one day return to the franchise where he spent the first 13 seasons of his eventual Hall of Fame career.

Even though criticism by Wade about the fact that Heat team president Pat Riley didn’t contact him during last year’s negotiations was noted earlier this year, Barry Jackson of the Miami Herald offered this point:

“Wade has never bashed the Heat publicly and is open to considering a return at some point in his career, according to an associate.”

The makeup of Wade’s contract could conceivably bring him back to Miami for next season, given the fact that his two-year deal has an opt-out clause. However, such a move isn’t expected, considering the fact that Wade is scheduled to make $23.8 million playing for the Bulls next season, an amount that the Heat seem unlikely to match or top.

However, in the summer of 2018, Wade again would be an unrestricted free agent at the age of 36. This past season for the Bulls, he saw action in 60 regular season games, averaging 18.3 points, 4.5 rebounds and 3.8 assists per game. In their six postseason clashes, Wade averaged 17.1 points, 5.7 rebounds and 4.5 assists as the Bulls lost in six games to the Boston Celtics.
[xyz-ihs snippet=”Responsive-ImagenText”]