Don't Miss
Home / Media / Hassan Whiteside on Teams That Passed up on Him: ‘They Know They Messed Up’

Hassan Whiteside on Teams That Passed up on Him: ‘They Know They Messed Up’ 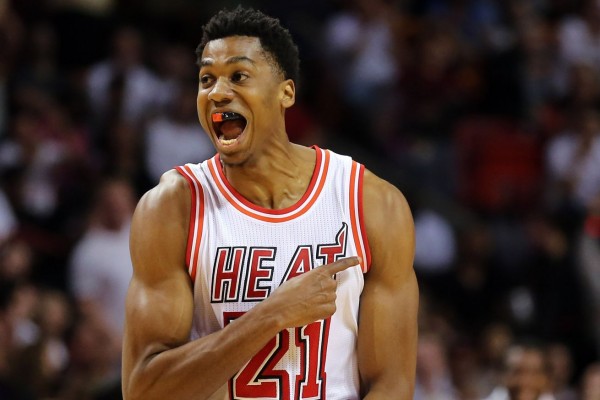 The status of Miami Heat center Hassan Whiteside after this season remains up in the air, but his impressive second-half numbers will likely reward him with a lucrative free-agent contract.

Still, Whiteside remembers that other teams chose not to sign him after the 2011-12 season, when he was finishing up his second year as a rarely-used member of the Sacramento Kings. That lack of interest kept him out of the NBA for the next two seasons.

Tim Reynolds of the Associated Press tweeted Whiteside’s feelings about what he perceives as a snub:

Hassan Whiteside, on all the teams that cut him or passed up a chance to sign him: "They know. They know they messed up."

During training camp in 2014, he was released by the Memphis Grizzlies. One month later, he was signed then quickly released by the Grizzlies, at which point the Heat signed him. After some time in the D-League, Whiteside emerged as a potential force in the paint, but his inconsistent play was a source of frustration for the team.

Whiteside, who will turn 27 in June, had collected a double-double in 31 of his last 37 games. In his last two regular season appearances, he was one rebound away from adding to that number and his nine points in the March 3 win versus Phoenix resulted in another narrow miss.

That surge began one night after he had served a one-game suspension and came in to put up a monster performance that saw him score 25 and grab 23 rebounds in a win over Washington on February 20.

This season, Whiteside led the NBA in blocks with 269 and saw both his points and rebounds per game increase.

Whiteside is currently making just under $1 million per season, a figure that should jump considerably this coming July.
[xyz-ihs snippet=”Responsive-Ad”]