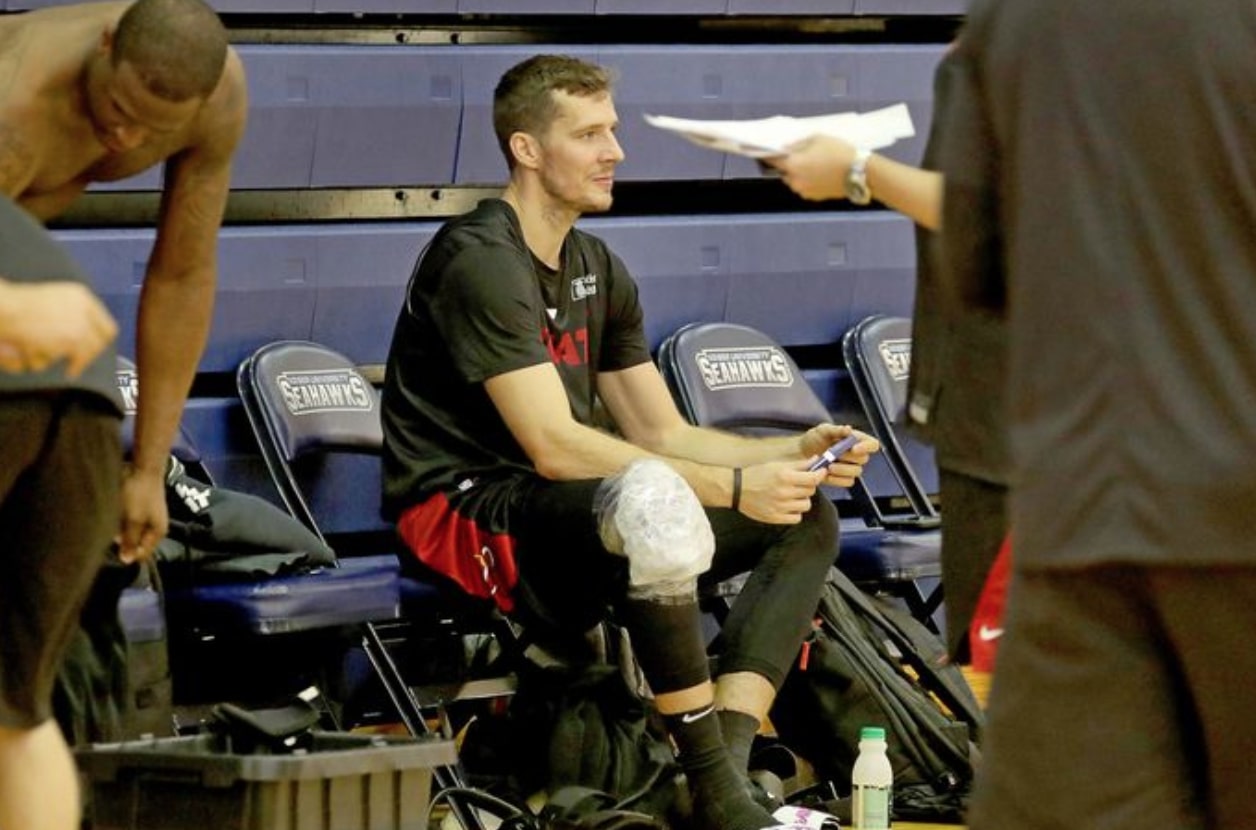 When Jimmy Butler was acquired by the Miami Heat, he brought with him his trademark intensity that includes plenty of chattering on the court.

A new report indicates that Butler’s enthusiastic presence is something that’s already caught the attention of veteran Heat point guard Goran Dragic after a single practice.

Dragic expressed excitement at the prospect of adding the four-time All-Star to the Heat’s lineup. He also knows just how important Butler is to the team during the 2019-20 season.

“Jimmy brings intensity to this team. He’s a great player, great teammate. He was talking a lot,” point guard Goran Dragic said. “For him, we’re going to have to develop team chemistry. I’m expecting a lot of things from him and from this team.”

Even before training camp began this week, Butler was already ramping up his preparation for the season. Most notably, that came in the form of pre-sunrise workouts, the sort of commitment that only the most dedicated players undertake.

Butler shared Dragic’s level of enthusiasm about how the Heat’s culture that prizes a strong work ethic was already in evidence. In Butler’s opinion, the team chemistry that Dragic spoke of was quickly being forged during the team’s first two-a-day practices on Tuesday.

“Everybody is helping, everybody is talking,” Butler said. “A group full of leaders, and everybody is leading in different ways. They’re helping me way more than I can help them at this point in time.

During the Heat’s determined effort to obtain Butler this past summer, one of the players nearly traded away for him was Dragic. In the end, Josh Richardson was sent to Philadelphia in the deal, but Dragic may still be dealt at some point this season.

Butler, on the other hand, is going nowhere after having signed a new four-year contract extension worth $142 million. That’s a steep investment for the Heat, but if he’s able to use his unrelenting drive to push the team deep into the postseason this year, the deal will be worth the price.