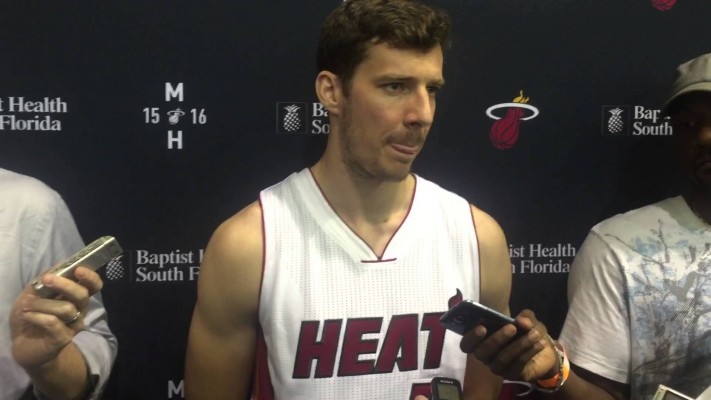 Training camp is underway and that means players are officially talking to the media for the first time in months. One of the most interesting national storylines this season is going to be how former Miami Heat star Dwyane Wade adjusts to his new Chicago Bulls team.

So far, all seems well in Chicago as Wade even recently called teammate Rajon Rondo “the best point guard [he’s] ever played with.”

Shots fired? Well, let’s look at all the notable players that have filled in the point guard slot during Wade’s 13 years in Miami.

Gary Payton was well out of his prime and at the end of his career when he played for the Heat, Jason Williams too. The Big 3 era included a mixture of Mario Chalmers, Norris Cole, and Carlos Arroyo. Those three are nowhere close to the caliber of point guard as Rondo.

The only one left is the current Heat point guard Goran Dragic. The Slovenian speedster has unique talents that make him more of an offensive threat than Rondo. But Rondo is undoubtedly the better assist man. In fact, Rondo led the league with 11.7 assists per game last year.

When asked about Wade’s comments on Thursday, Dragic responded with a grin and chuckle and told the reporters present there was no beef brewing.

“I even texted him before training camp wishing him all the best for this season, ‘be healthy,’ and he texted me the same thing. Like all my teammates, I think they’re the best,” said Dragic.

He then acknowledged that his game is unique and doesn’t fit the mold of the old-school point guard.

“Everyone is wired different,” Dragic said. “I would say that the coaches back home, they raised me like this.”

Dragic has a unique game that will work well in the new fast-paced offense the Heat hope to implement this year. We can’t wait to see The Dragon flourish in the new system.
[xyz-ihs snippet=”Responsive-Ad”]