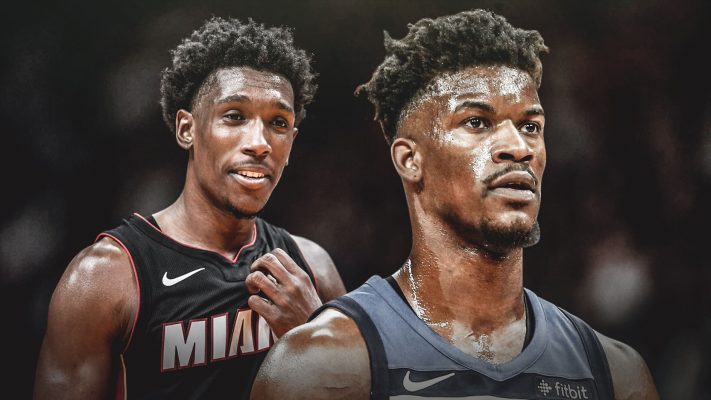 The Miami Heat were still in contention to acquire disgruntled forward Jimmy Butler, but their decision to remove Josh Richardson ended such talks. The Minnesota Timberwolves subsequently dealt the veteran to the Philadelphia 76ers.

Minnesota accomplished one of the goals it set for itself in trade talks: Sending Jimmy Butler to the Eastern Conference, not to a Western rival. A deal with Philadelphia made more sense for the Timberwolves once Miami pulled Josh Richardson out of talks.

Butler had announced that he wanted to be traded around the time training camps opened in September. The Heat were unable to make any headway with the Timberwolves, primarily because they refused to include Richardson in any deal.

That negotiating stance by the Heat eventually changed to include Richardson, only to see the Timberwolves ask for more in return. Angered by the move, the Heat broke off further talks but eventually started them again.

Butler is expected to become a free agent next July, with the Heat currently not in a position to sign him next July. They could conceivably create enough cap room to bring him in as a free agent. However, that would require the team to trade away some of their most talented players.

The Heat enter Saturday night’s home game against the Washington Wizards with a 5-6 record. Their hope in acquiring Butler was to inject a talented player into the lineup and possibly challenge for the Eastern Conference title. That’s now diminished, considering the fact that the 76ers and Boston Celtics entered the season as the top two contenders in that category.
[xyz-ihs snippet=”HN-300×250-TextnImage”]