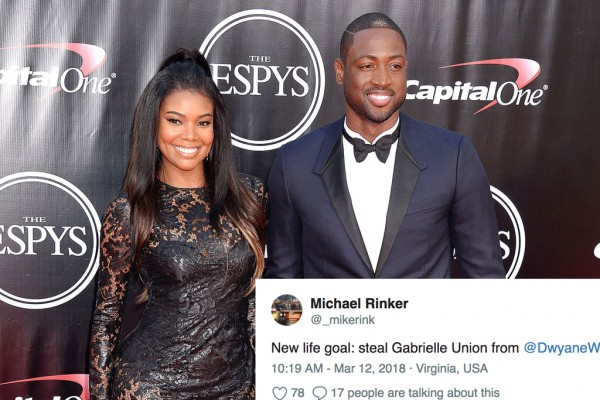 Dwyane Wade is one half of one of the NBA’s most powerful and beloved couples. Ever since Wade and actress Gabrielle Union married in 2014, they have been a favorite couple amongst NBA fans.

On Monday, a fan took to Twitter to let the world know that he is such a big fan of Union that his life goal is to try to steal her from Wade.

Hours later, the Miami Heat star responded to the Tweet with a hilarious comeback.

I normally don’t shoot other people’s goals down but your gonna need alil more than luck on your side with this one but i commend you for setting your goals close to impossible! https://t.co/tXZ2sf6uVR

Union is known for tweeting in support of her husband when he performs well on the court and reaches career milestones.

In return, it looks like Wade is not afraid to take to social media to defend his marriage.
[xyz-ihs snippet=”HN-300×250-TextnImage”]