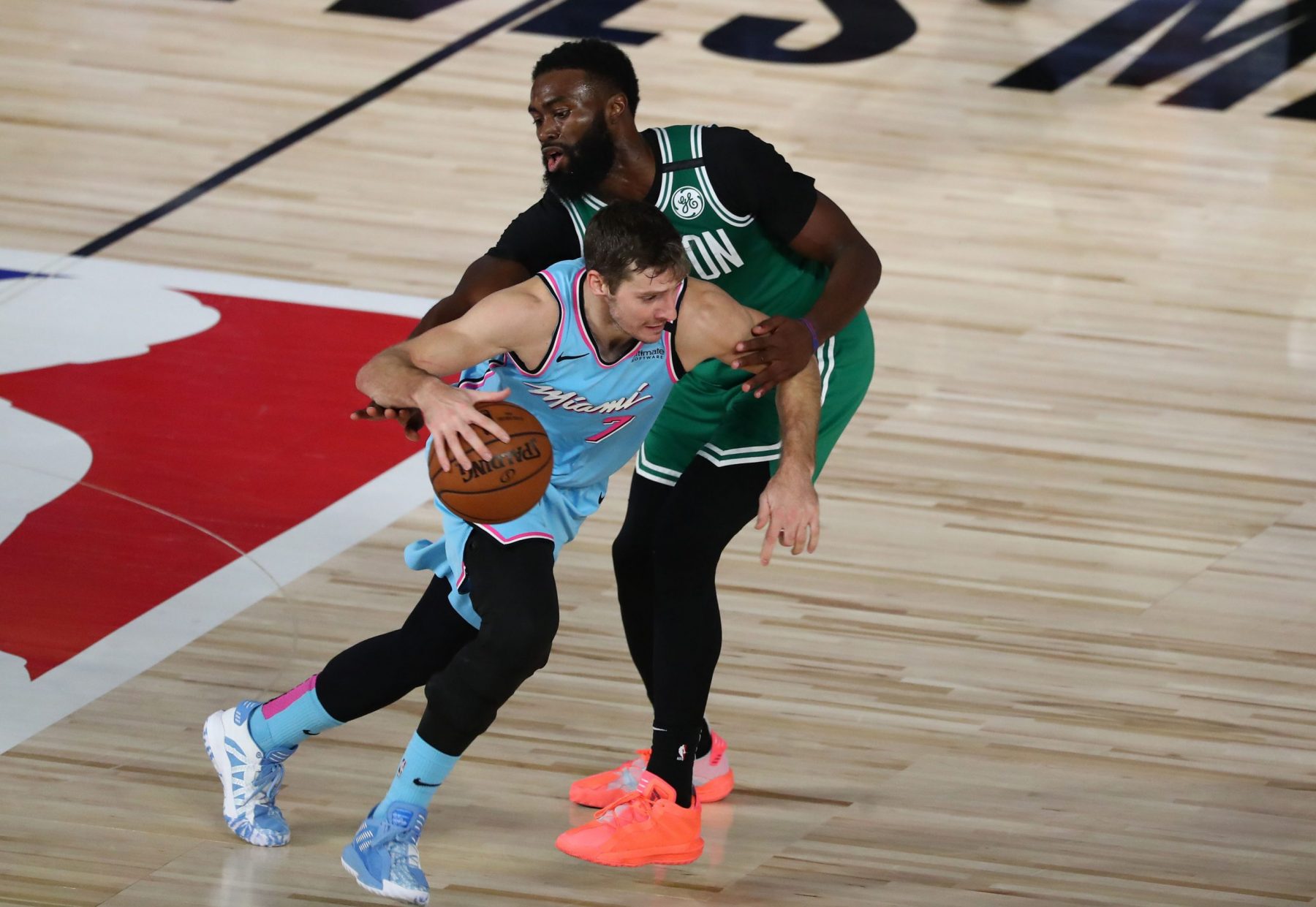 Goran Dragic says he still has a little ankle soreness but believes things are going the right direction. Isn’t sure on return. Will go through another workout tonight.

Dragic, 34, injured his ankle at the conclusion of the Heat’s win over the Boston Celtics on Tuesday. The Slovenian speedster put up 20 points and three assists in the 112-106 victory over the Celtics.

The Heat held him out of Thursday’s contest against the Milwaukee Bucks, which they lost by a score of 130-116.

In addition, the Heat were without the services of All-Star Jimmy Butler, who has missed two consecutive games inside the NBA bubble in Orlando, Fla. However, he appears to not be facing any serious issues.

On the season, Dragic is averaging 16.2 points, 5.0 assists and 3.1 boards per game. He has been an exemplary player coming off the Heat’s bench.

As for Butler, he has shone in his first season in Miami. The journeyman is putting up 20.2 points, 6.6 rebounds and 6.1 assists per game this season.

The Heat take on the Phoenix Suns on Saturday.