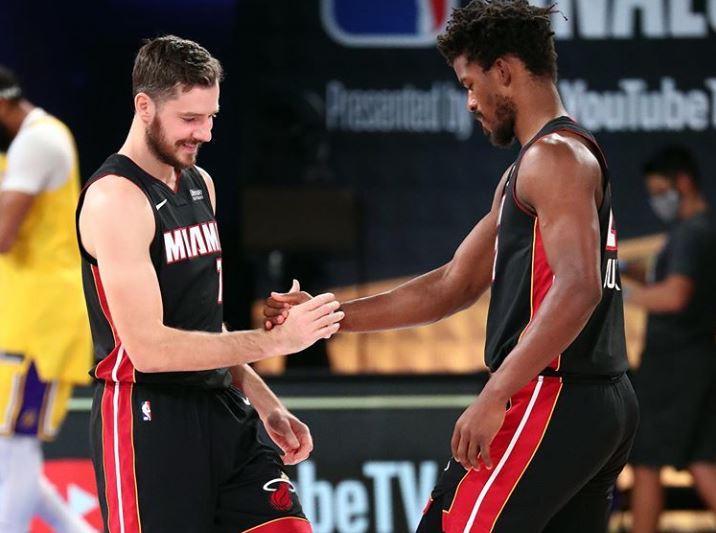 When Miami Heat guard Goran Dragic suffered a torn plantar fascia in Game 1 of the NBA Finals and was doubtful to play again in the series, the team’s chances of winning the championship seemed to all but disappear.

However, Jimmy Butler had a gargantuan Game 3 performance to lead the Heat to a 115-104 win over the Los Angeles Lakers and get them on the board in this championship series.

Brate @jimmybutler showed today why he is the leader and the heart of this team !!! 🔥🔥🔥 #believe

Towards the end of the game, Butler even talked smack to his opponents from L.A. after making a layup to put the contest out of reach.

Miami seems to still be holding out hope that Dragic may be able to return at some point in the series.

If he does, perhaps the Heat will actually have a chance of winning the title, instead of merely competing with the Lakers.