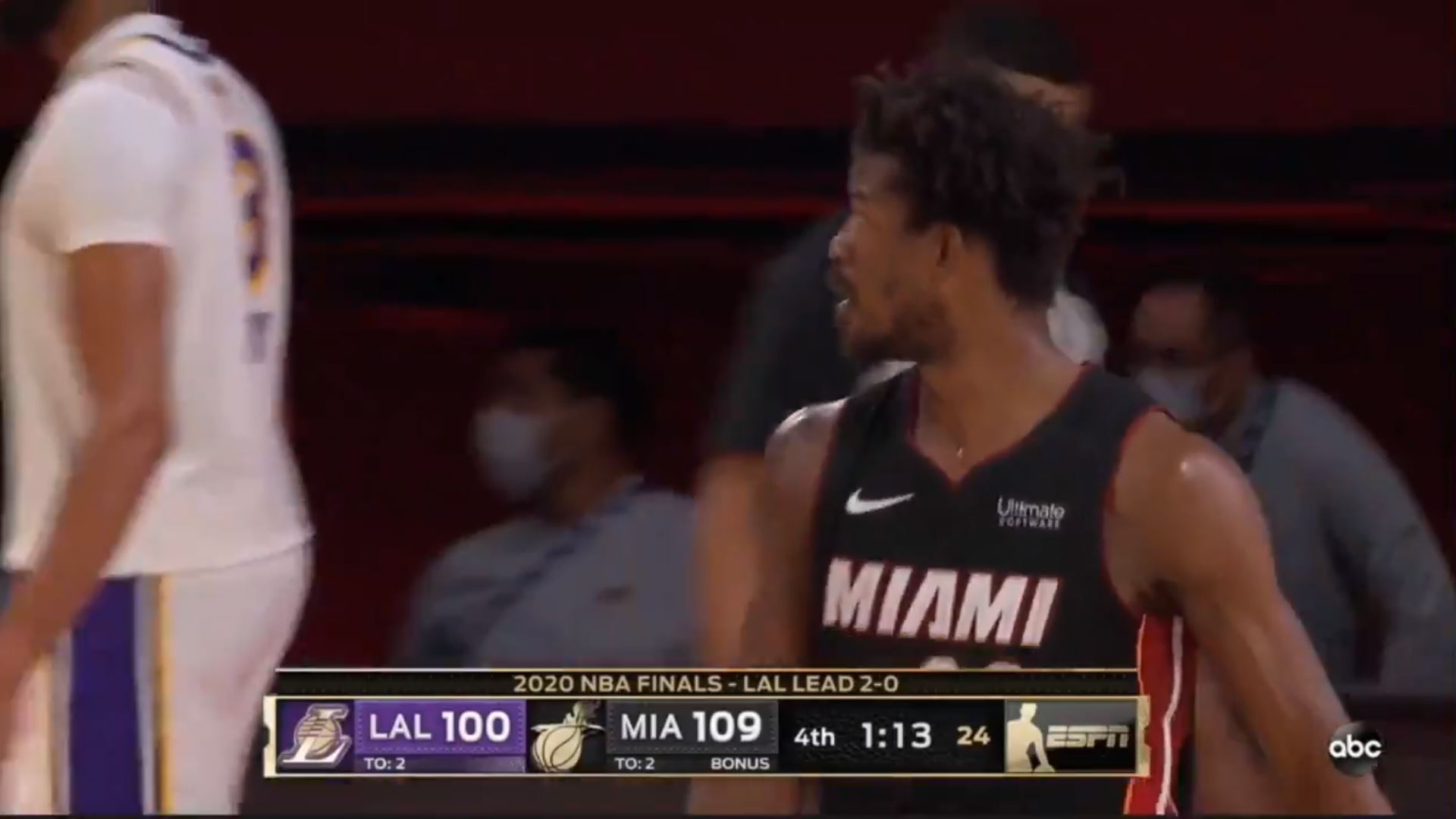 With his team down 0-2 to the Los Angeles Lakers in the NBA Finals, the onus was on Jimmy Butler to get the Miami Back into the series.

He responded with a monster Game 3 while also letting L.A. know that this will indeed be a competitive series.

After scoring a key layup to put the contest away late in the fourth quarter, Butler looked directly at LeBron James and said, “You’re in trouble.”

“You in trouble.”
– Jimmy Butler pic.twitter.com/XdL2GagSFj

Butler’s 40-point, 11-rebound and 13-assist performance on Sunday will go down as one of the greater individual Finals games ever, regardless of whether the Heat win or lose the championship.

Coming into Game 3, Miami’s chances of even competing with the Lakers seemed slim to none, especially with Goran Dragic and Bam Adebayo unable to play.

Yet, the Heat got out to an early lead, and although the Lakers made a few runs to close the gap, Miami remained in control for almost the entire contest.