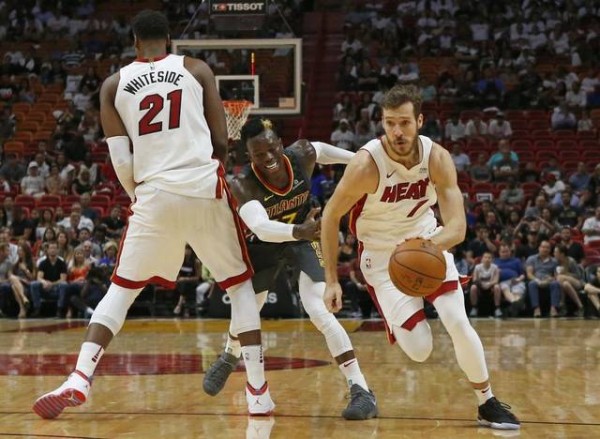 Goran Dragic has been fairly absent throughout Miami Heat‘s preseason thus far, and while he seems happy to take advantage of the time off, the veteran point guard is confident he’ll be ready for the Heat’s season opener.

“It’s just trying to be fresh for the season,” he told Ira Winderman of the Sun Sentinel following light participation in practice. “That’s the main thing, try to be hungry for those games. And we decided not to play those last two games. You know, it helps me a little bit to recover, to get back to being that hungry guy again.”

Dragic has likely played more basketball this offseason than the vast majority of players in the NBA after he captained the Slovenian national team to a 2017 FIBA EuroBasket championship. Despite his fatigue from the tournament, Dragic is confident he hasn’t lost his competitive edge

“I don’t think that’s going to be a problem,” he said. “That first game, NBA game, you’re always competitive, you’re starting the season, so you’re always looking forward to that game. I’m in good shape, practicing, running, so I don’t see no problem with that.”

The nine-year pro added that it will be easier for him to start up where he left off last season thanks to the Heat’s 11 returning players, including his fellow backcourt mate Dion Waiters.

“I already know the system, of course,” he said. “I already know where each individual wants the ball or how to get the ball. With Dion we have great chemistry, so I think so that helps a lot.”

Both Dragic and head coach Erik Spoelstra have declined to say whether Dragic will play in either of Heat’s remaining preseason games. Even if he doesn’t play, however, Heat fans will get to see Dragic take the court very soon as the season opener against the Orando Magic is now only a week away.
[xyz-ihs snippet=”Responsive-ImagenText”]