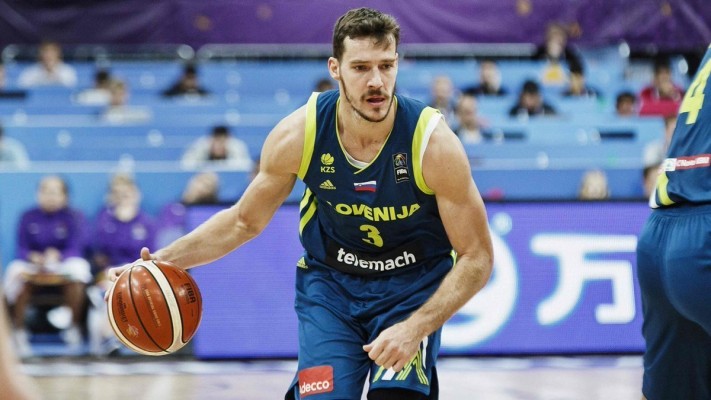 Dragic, the only active NBA player on the Slovenian team’s roster, impacted the game in all facets, contributing 15 points, six rebounds and five assists in his 27 minutes. The Spanish team boasted NBA veterans such as Pau Gasol, Marc Gasol, and Ricky Rubio, but were not able to keep up with Slovenia’s hot shooting (14-of-25 3-pointers made).

One of those three-point makes came on this ridiculous bank shot from Dragic:

Slovenia will take on the winner of Friday’s semifinal between Russia and Serbia on Sunday. This will be the Slovenian national team’s first appearance in a EuroBasket championship game after improving to 8-0 for the tournament.

After the tournament ends, the 31-year-old point guard will have just over a week to rest before training camp starts with the Heat. With his impressive performances leading into camp, Dragic should be poised for a huge season.
[xyz-ihs snippet=”Responsive-ImagenText”]