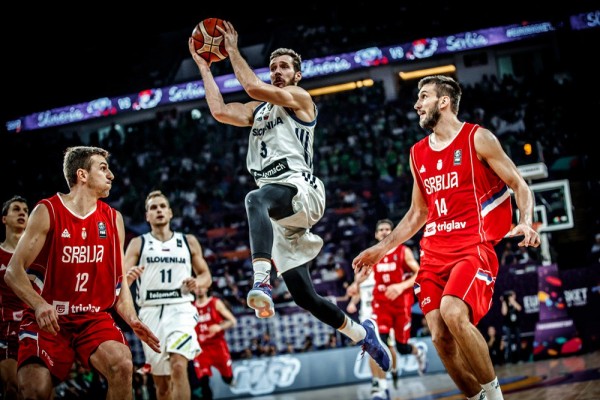 Miami Heat point guard Goran Dragic put together a performance for the ages during the EuroBasket championship game on Sunday, as Slovenia knocked off Serbia 93-85 to earn gold in Istanbul, Turkey.

Dragic was named the MVP of the tournament for his stellar play, which was cemented by a clutch 35-point effort against Serbia.

The Dragon went off for a whopping 20 points alone in the 10-minute second period to help Slovenia build a nine-point lead at intermission.

Dragic, who is the only active NBA player on Slovenia’s roster, finished with an impressive 12-of-22 from the field to go along with seven rebounds and three assists.

Heat teammates James Johnson and Justise Winslow both immediately took to social media after the game was over to congratulate Dragic for his heroic performance.

Dragic now has about one week before the start of the Heat’s training camp, which opens with media day at American Airlines Arena on Sept. 25.
[xyz-ihs snippet=”Responsive-ImagenText”]