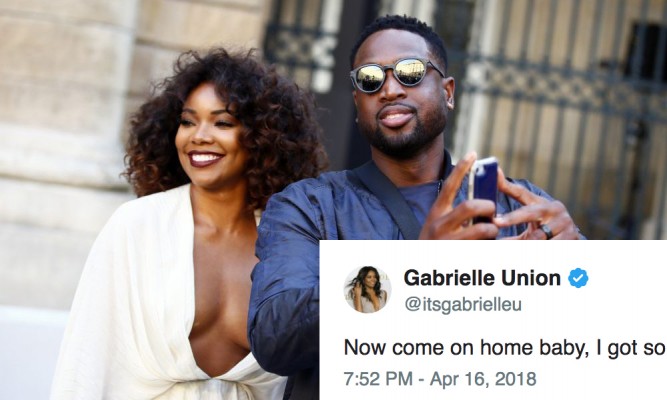 Miami Heat shooting guard Dwyane Wade turned in a wonderful performance Monday night as he led the Heat to a 113-103 victory in Game 2 against the Philadelphia 76ers. After the game, he received a provocative message from his wife, actress Gabrielle Union.

Now come on home baby, I got somethin' for ya #GrownASF

Union also wanted her followers to know that they shouldn’t be surprised about Wade’s performance.

He. Does. This. This ain't "vintage" & he didnt "turn back the clock"… @DwyaneWade BEEN doing this & he CONTINUES to do this. #HeatNation

Union has been known to tweet a lot about her husband, whether it be making fun of his outfits or celebrating his return to Miami.

Wade had 28 points, seven rebounds, three assists and two steals in 26 minutes off the bench as the Heat tied up the series with the 76ers at one apiece.