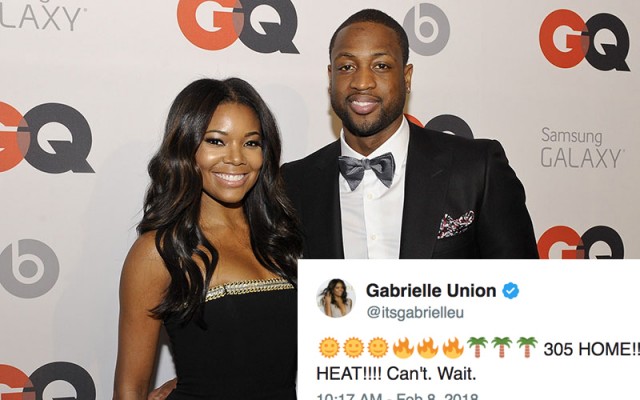 Ever since veteran guard Dwyane Wade left the Miami Heat during the summer of 2016 to sign a free agent contract with the Chicago Bulls, he’s spoken about the possibility of finishing his career with the Heat. That idea became a reality on Thursday when he was dealt by his current team, the Cleveland Cavaliers, for a protected second-round draft pick.

Wade’s wife, actress Gabrielle Union, was ecstatic about the deal and took to social media to make her thoughts known:

Wade signed with the Cavaliers, largely to reunite with close friend and former Heat forward LeBron James. That came after he negotiated a buyout with the Bulls on the last season of his two-year deal, with the belief by Wade being that the move would give him the opportunity to possibly win his fourth NBA title. However, the Cavaliers have struggled for the past six weeks and overhauled their roster on Thursday to try to save their season.