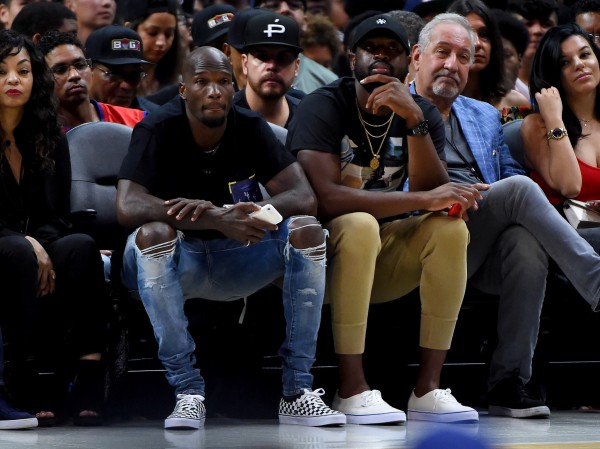 Come home big bruh so we can play FIFA on the jumbotron at American Airlines Arena #305 https://t.co/ErTKl61m5s

Johnson, as many of his Twitter followers know, is an avid FIFA player who routinely challenges and beats strangers at the popular soccer game. He also clearly has a strong friendship with Wade, as they spent the day together at a Big3 game just two days ago.

The former Cincinnati Bengals star wideout’s recruiting efforts are admirable, but any chance of Wade returning to Miami will have to commence with a successful buyout, which could take months.

Johnson was not the only person excited about the news. In fact, current Heat center Hassan Whiteside gave his nod of approval using an appreciative GIF. The season is still some months away, but the excitement of a possible Wade reunion is clearly building.
[xyz-ihs snippet=”HN-Native-EndofArticle”]