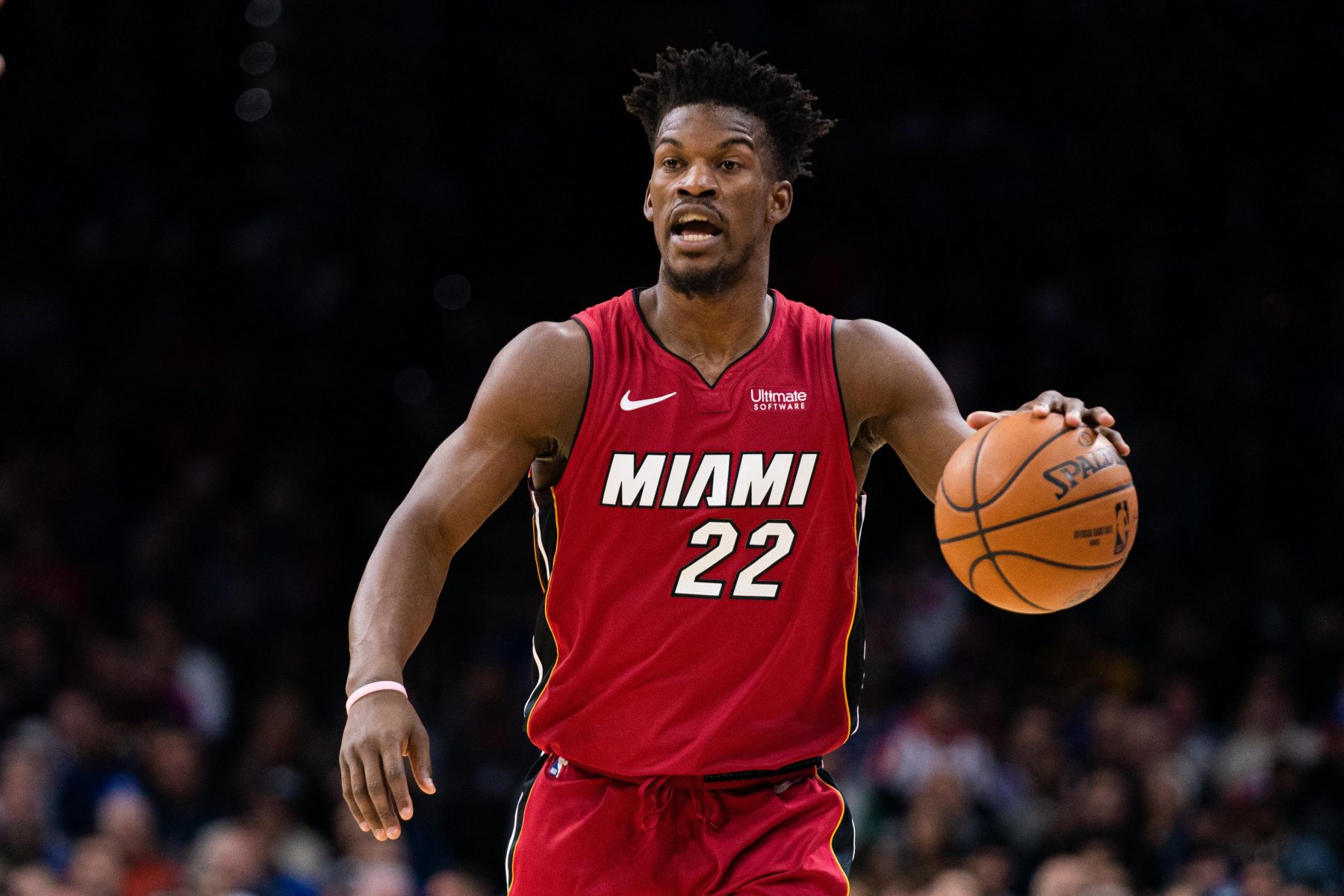 Despite a recent dip in his scoring output, the Miami Heat’s Jimmy Butler is expressing no concern.

In fact, he’s willing to sacrifice all of his scoring if it means helping his team maintain their success moving forward.

In the Heat’s 129-114 win over the New York Knicks on Friday night, Butler attempted only three shots from the field and finished with just nine points. That followed a 14-point performance in Wednesday night’s huge road win against the Philadelphia 76ers.

When asked about the dip, Butler took a bottom-line perspective.

“Everyone is always working on their game, so it’s no surprise,” Butler said. “I’ll shoot zero times if you can guarantee me a win. I’ve never been a person in my career to shoot a lot anyways. Everybody is happy sharing the ball and seeing other guys score. I think that’s a great part of this team. When a guy is open, you have all the confidence in the world that they’re going to make that shot.”

For the season, the 30-year-old Butler has averaged 20.4 points, 6.8 assists, 6.4 rebounds and 2.1 steals per game. His average shots taken per contest currently stands at 13.7, which is slightly above his regular-season average of 13.6 last season.

Yet, it’s clear that the only number that Butler is focusing on deals with the Heat’s record for the 2019-20 campaign.

Entering Monday night’s home game against the Utah Jazz, the Heat have a 21-8 record, which is good for first place in the Southeast Division of the Eastern Conference and just 4.5 games behind the Milwaukee Bucks for the best record in the conference.

Since entering the NBA in 2011, Butler has yet to be part of a championship squad, with none of his teams even reaching the conference finals.

Given his current attitude, he’s clearly hoping to change that situation when the postseason begins in April.