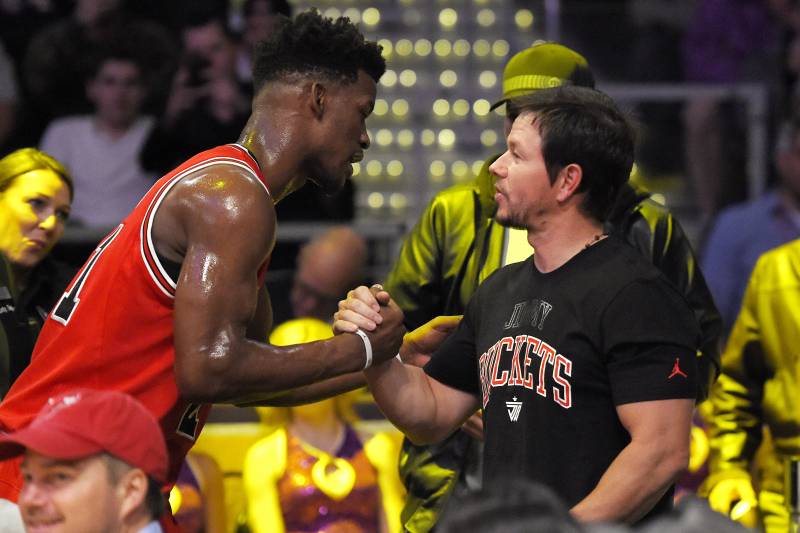 Jimmy Butler has been known for his incredible work ethic for years, but even the biggest Miami Heat fans may not know where he learned that commitment from.

In a recent episode of the Winging It With Vince Carter podcast, Butler revealed that he learned his work ethic from none other than blockbuster star Mark Wahlberg.

“Who I got it from, believe or not every time I tell people this, do you know the answer?” Butler asked.

Co-host Annie Finberg then chimed in.

Butler then went into what he’s learned from the movie star.

“I’ve never seen nobody work like that dude,” he said. “And to like have everything, you know what I’m saying? Beautiful family, all the money in the world, yada yada yada, but that man gets up and grinds like he has nothing. When I saw that I was like, ‘Oh yeah. If I want to get where he is in my craft, it only makes sense to do what he’s doing.’ I took off from there.”

It’s a pretty interesting revelation as not many associate the 5-foot-8 actor with basketball.

Still, it’s a reminder that inspiration can come in all forms. So far, it seems as though Butler’s moment of clarity is working out quite well for him.