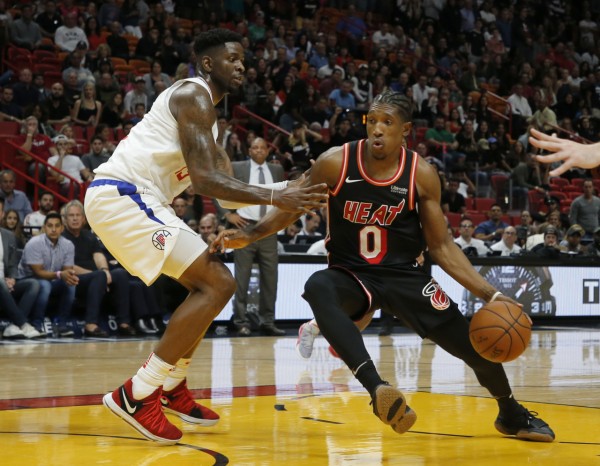 Miami Heat forward Josh Richardson has all the skills necessary to be a star in the NBA, and his team has certainly started to take notice.

Following the Heat’s matchup against the Atlanta Hawks on Monday in which Richardson scored a game-high 26 points, Heat head coach Erik Spoelstra reflected on how the 24-year-old has become crucial to Miami’s recent success.

“J-Rich is playing very good basketball on both ends of the court,” Spoelstra said. “So, from an energy standpoint, you’re talking about a guy who’s tasked with the best perimeter player every single night and then have incredible energy on the other end to get your team organized and also make some plays for the team. And he just continues to gain confidence. We want to fuel that and see where that can go. But I like the place that he’s in right now.”

Richardson’s increase in offensive production has come as Spoelstra has continued to ask more of him. Richardson is playing a team-high 32.9 minutes per game, and in the month of December, he is averaging 17.3 points on 56.3 percent shooting from the field and 56.1 percent shooting from 3-point range. It has arguably been the most impressive nine-game stretch of his young career.

The Heat have struggled to regain the form they enjoyed during the second half of the 2016-17 season, but have shown a lot of promise early this season. While they are just .500 on the season thus far, they have won four of six games in the last two weeks despite facing a multitude of injuries. Those injuries may have played a part in Richardson’s increased offensive role, but with the way he has risen to the challenge, that role is sure to stick around after his injured teammates return to the court.

The Heat certainly faced criticism when they decided to sign Richardson to a four-year, $42 million extension this offseason, but with each passing game that decision is starting to look like a stroke of genius. There’s no telling whether or not the Heat will manage to get back to the NBA playoffs by the end of the 2017-18 campaign, but if they do, Richardson will surely be a big reason why.
[xyz-ihs snippet=”HN-300×250-TextnImage”]