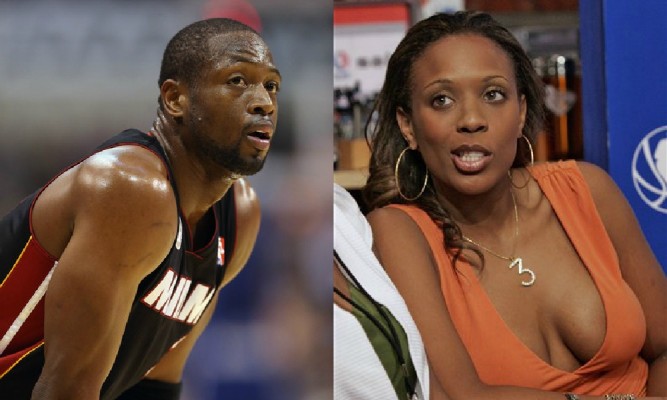 Dwyane Wade’s ex-wife Siohvaughn Funches-Wade is back at it again.

Most Miami Heat fans remember the sad protest she launched in 2013 to embarrass Wade in Chicago’s Daley Plaza by holding up this sign. 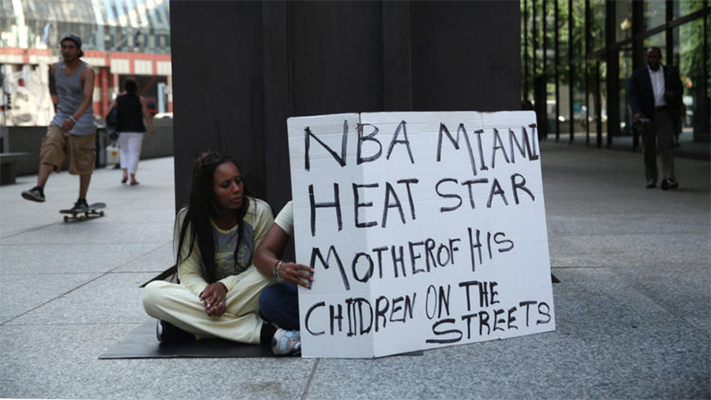 Her struggle to let go of Wade has added yet another chapter — actually a lot of chapters. She is publishing a 295-page, tell-all book called “The True Story of God’s Glory” in which she details the ugly divorce that took place. However, she doesn’t mention Wade by name. In the book, he is called her husband and other pseudonyms most likely to circumvent the non-disparagement clause agreed to in their 2013 divorce settlement.

Here are some excerpts from the book, compiled by the Chicago Tribune and BlackSportsOnline.com:

“I got divorced and had both my children wrongfully taken from me, I lost my home and my health, my reputation was destroyed,” she wrote. “But it was all nothing compared to the pain I felt from the love of money. From that pain I am still healing to this day.”

“I had never felt in my life true emptiness until my bank account was full.”

She says living with Wade in Miami was like living in a “$4 million … prison” and alleges that an unnamed former teammate of Wade’s with the Miami Heat “suggested that I have an affair right after a game while still inside the Miami Heat Arena.”

She opens up about the fall-out of their marriage, alleging in the book that he’d tell her “I want to sow my wild oats” and “This isn’t your money and if you leave, nobody is going to want you and you aren’t going to have anything without me. You will end up having to go back and live at your mama’s house!”

Funches-Wade even claims that Wade was unfaithful in their marriage, writing that at one point, she found pictures and instant messages from other women on his phone. According to her, the breaking point was when a woman called her in the middle of the night and told her she had just slept with Wade. The woman gave “a description of the underwear he was wearing,” she wrote.

Wade-Funches believes that Wade’s current wife, actress Gabrielle Union, is one of the reasons for their bitter divorce. She has filed a lawsuit against Union in the past.

So basically, she’s after Wade’s money — again. In their settlement, Wade was given sole custody of their two kids, but clearly, that isn’t what bothers Funches-Wade the most. She is trying to have a $5 million divorce settlement thrown out by a Cook County judge. She has already gone through 11 lawyers, trying to file a malpractice suit.

This book is another turn in the sad story that has become Funches-Wade’s attempt to embarrass the future Hall-of-Famer. Wade is clearly going to have to deal with a lot more than just basketball next year in Chicago. Best of luck D-Wade.
[xyz-ihs snippet=”Responsive-ImagenText”]