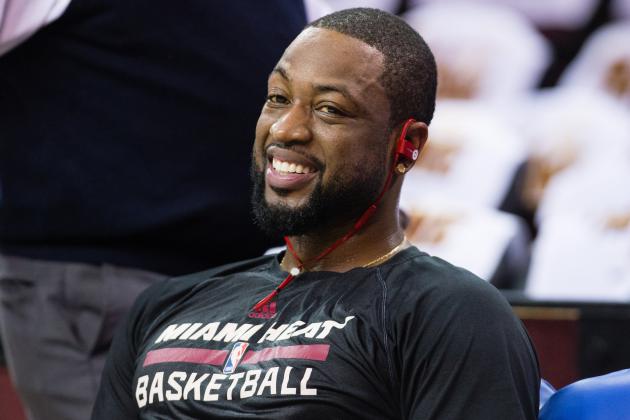 It’s clear as day that Dwyane Wade wants a new contract with the Miami Heat. Now it’s starting to become more clear as to what Wade is expecting to be paid from the Heat.

Barry Jackson of The Miami Herald reports that Wade would welcome a contract that averages $20 million annually over the next three years. The key word here is “welcome,” not “demand.” The veteran shooting guard’s agent, Henry Thomas, has yet to publicly confirm that or anything in relation to what Wade’s financial expectations exactly are.

The $20 million per year figure almost seems impossible for the Heat to agree on considering they are already paying Chris Bosh over $23 million per year on average on his current contract. This isn’t even including pending contracts that will be offered to free agents Goran Dragic and Hassan Whiteside over the next two offseasons.

If these reports are true, it’s obvious that both sides are playing hardball at this point. Wade could very well just want more of a commitment from Miami in regards to his future, rather than wanting more money.

It has been speculated that the Heat would like Wade to opt in for the 2015-16 season, then take a significant pay cut over the next two seasons. The 2016 offseason happens to be when big name free agents like Kevin Durant hit the market.

One thing is evident, and it’s that one side is going to have to give in more than initially expected. Formal offers can be made beginning July 1 in regards to a new contract for Wade.
[xyz-ihs snippet=”Responsive-Ad”]