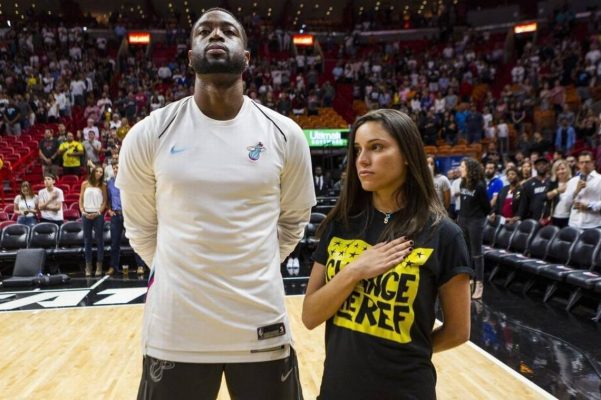 Ever since the shocking mass shooting that took place at Marjory Stoneman Douglas High School back in February, Dwyane Wade has been dedicated to raising awareness about gun violence in the state of Florida.

Following the tragic shooting that took place on Sunday in Jacksonville, Fla., the Miami Heat icon took to Twitter to share a simple yet heartfelt message of support to the victims of the shooting and their mourning families.

It’s so sad hearing about what happened in Jacksonville ??‍♂️. My family thoughts and prayers are with all the love ones!

The shooting, which took place at a Madden video game tournament, left 11 injured and three dead, including the shooter.

The gun-violence issue in this country has risen to the top of the list amongst controversial and polarizing issues. Despite personal beliefs, it is clear that Wade is mostly focused on voicing his support for the victims.

The three-time NBA champ first became one of the loudest voices for gun reform following the Feb. 14 shooting that left 17 dead and many more wounded. Not only did he take to national television to make a plea regarding gun reform, he even visited Stoneman Douglas to show his love and support for the grieving student community.

While Wade’s message won’t change the nature of Sunday’s tragedy, hopefully it helps ease the pain of those who were at the event as they begin to heal from this traumatic experience.
[xyz-ihs snippet=”HN-300×250-TextnImage”]