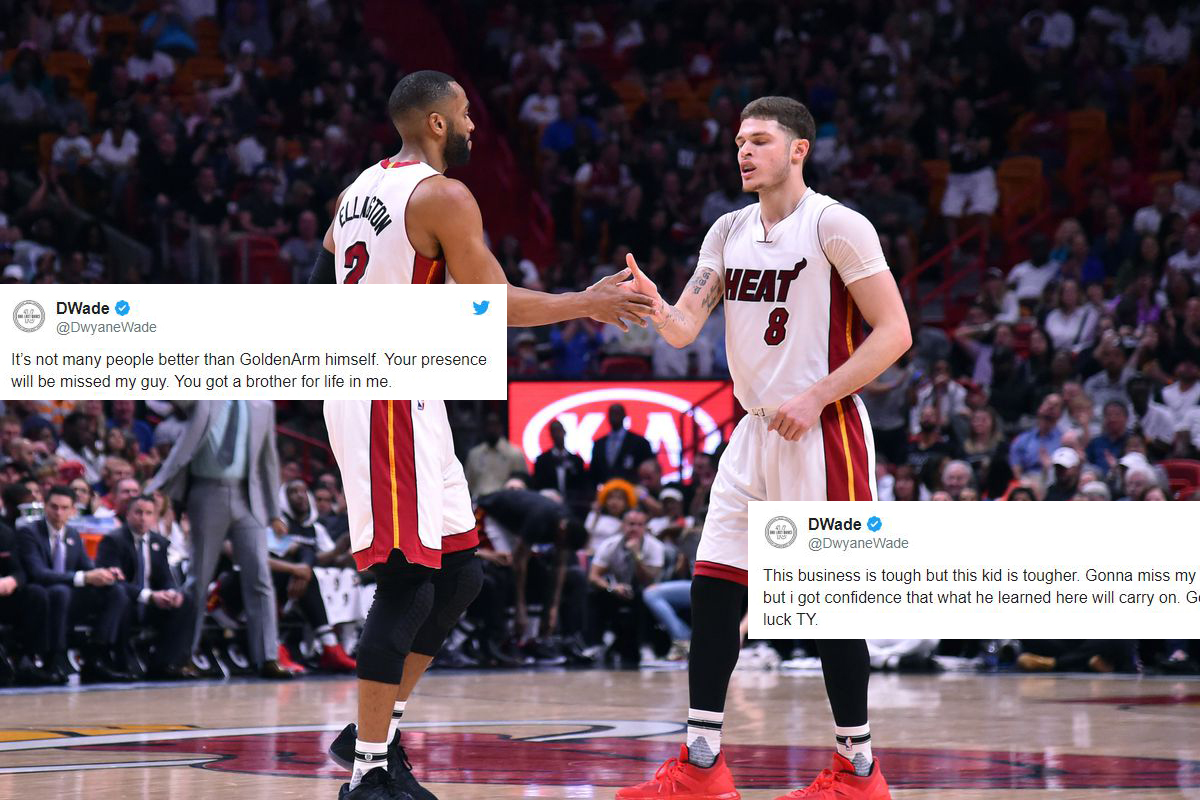 Tyler Johnson and Wayne Ellington said farewell to South Florida on Wednesday when the Miami Heat traded them away prior to Thursday’s trade deadline.

While the NBA is undoubtedly a business first, Dwyane Wade took to Twitter to remind his former teammates that there’s a lot of heart in the league as well.

This business is tough but this kid is tougher. Gonna miss my lil bro but i got confidence that what he learned here will carry on. Good luck TY. https://t.co/C4DAcT7Y7X

Moment later, when it was announced that Ellington had also been traded, he tweeted to let Ellington know that he can always depend on him.

It’s not many people better than GoldenArm himself. Your presence will be missed my guy. You got a brother for life in me. https://t.co/g8OC4NlO2k

It’s sad to say goodbye to both Johnson and Ellington, but it may be for the best. The Heat are currently loaded at the backcourt positions, and a new scenery will give both players opportunities to carve out increased roles in their new home.

For the Heat, parting ways with both players has freed up some much-needed cap space and could help them make free-agent signings in the future.

Whatever happens, it seems clear that Wade will always be there for them if they need to consult their legendary former teammate.
[xyz-ihs snippet=”HN-300×250-TextnImage”]