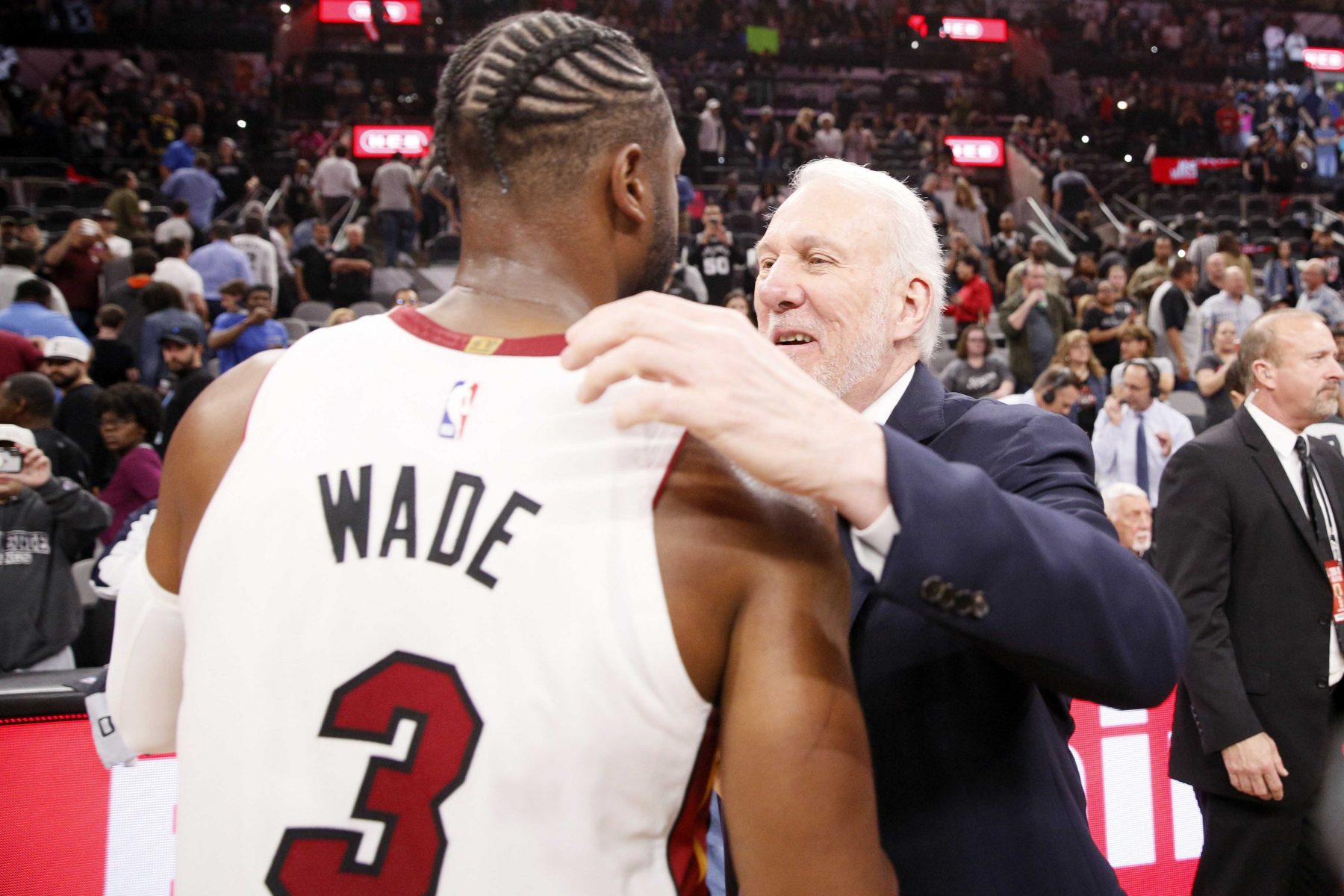 Miami Heat guard Dwyane Wade got quite the sendoff in his final game against the San Antonio Spurs.

After the game, Wade took to social media to express his gratitude not only to the Spurs organization but also to the fans who cheered him on.

That was awesome!!!. A big thank you to the @spurs organization and fans for that amazing tribute and ovation! Coach Pop is one of a kind… My jersey collection is ? thank you for these 3 HOF jerseys …#OneLastDance ?

Wade certainly has a lot of history with the Spurs. San Antonio and Miami met in both the 2013 and 2014 NBA Finals, with the Heat winning the first and the Spurs winning the second.

Popovich has coached the Spurs for as long as Wade has been in the league, so the two future Hall of Famers have crossed paths many times.

Wade’s final game against the Spurs was certainly special. Not only did he receive a touching tribute, but he also made a half-court buzzer-beater and sealed the game with a great defensive play.

The three-time champion has announced that he will retire at the end of the season. On the year, Wade is averaging 14.2 points, 3.7 rebounds and 4.1 assists per game.
[xyz-ihs snippet=”HN-300×250-TextnImage”]