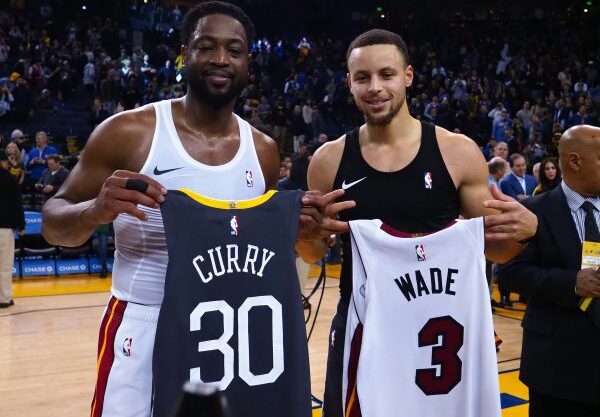 That performance came just one day after his career-high 62-point explosion on Sunday against the Portland Trail Blazers.

Miami Heat legend Dwayne Wade was quick to ask the two-time MVP for advice after he racked up a quick 30 points versus the Kings in 31 minutes of play.

Man @StephenCurry30 I may need some of that Oxigen water. 92 points in 67 mins sheesh 😳 you think it can help an old guy out who trains on a StairMaster only 🤷🏾‍♂️ asking for a friend?

Curry and the Warriors were expected to once again be Western Conference contenders this season, but another season-ending injury to Klay Thompson has subdued those expectations.

The Warriors started the season with a sluggish start, going 2-3 before their current two-game win streak with Curry, 32, showing he still has plenty left in the tank.

Along with his 30 points, he also tallied nine rebounds and eight assists in the win on Monday night.

Wade, the Heat’s all-time leading scorer and three-time NBA champion, expressed a similar reaction on Sunday when Curry had his record-setting night.

The Warriors now sit at 4-3 and take on the Los Angeles Clippers twice this week.