Dwyane Wade, LeBron James, Among Others Rally Around Udonis Haslem’s Plea for Justice 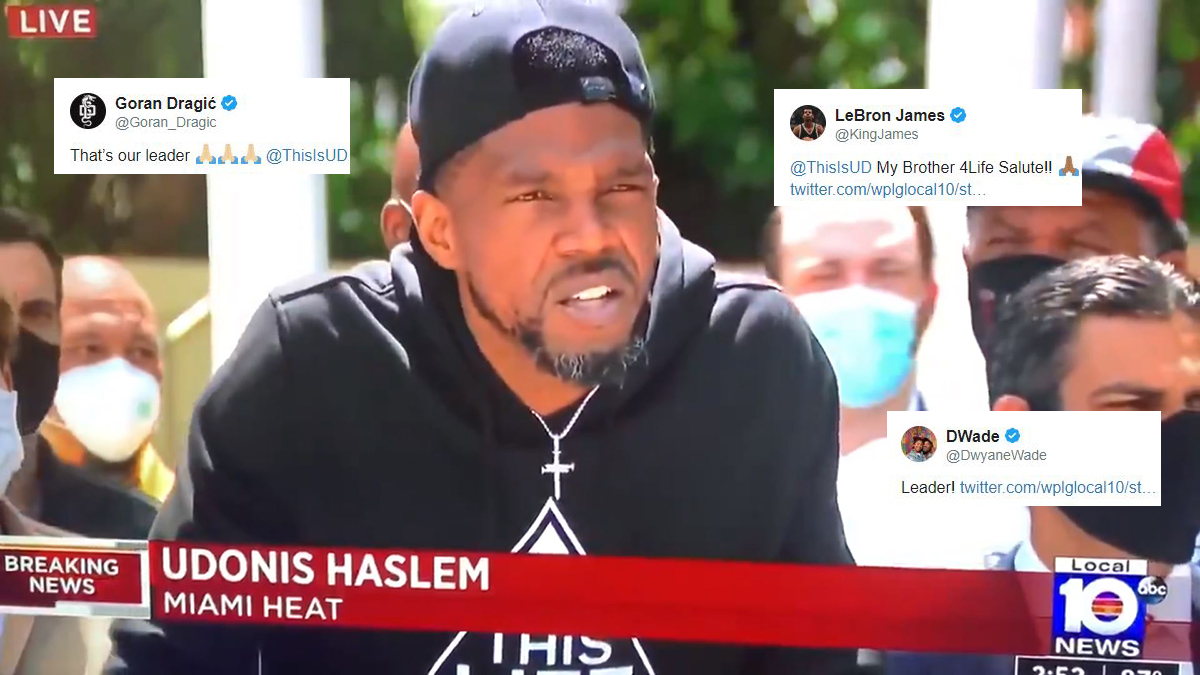 NBA stars all over the country have spoken out about the injustice of the police killing of George Floyd as well as the subsequent protests that have taken place across the United States.

One of those stars has been Miami Heat legend Udonis Haslem.

After Haslem passionately made his stance known, a number of his current and former teammates expressed their support loud and clear.

Tyler Herro retweeted the video of his veteran teammate and many other current members of the Heat have showed their strong support for the protesters nationwide.

The entire nation has been through an incredibly tumultuous period over the last few months. With the COVID-19 pandemic still claiming lives, it now seems as though a period of major civil unrest will continue raging as well.

At the moment, Americans are looking for a voice of leadership and hope. While Haslem is not a politician or government official, he certainly has the ability to stir strong emotions in his fellow teammates and fans.

Hopefully, Haslem will continue to express himself and preach equality and unity going forward.