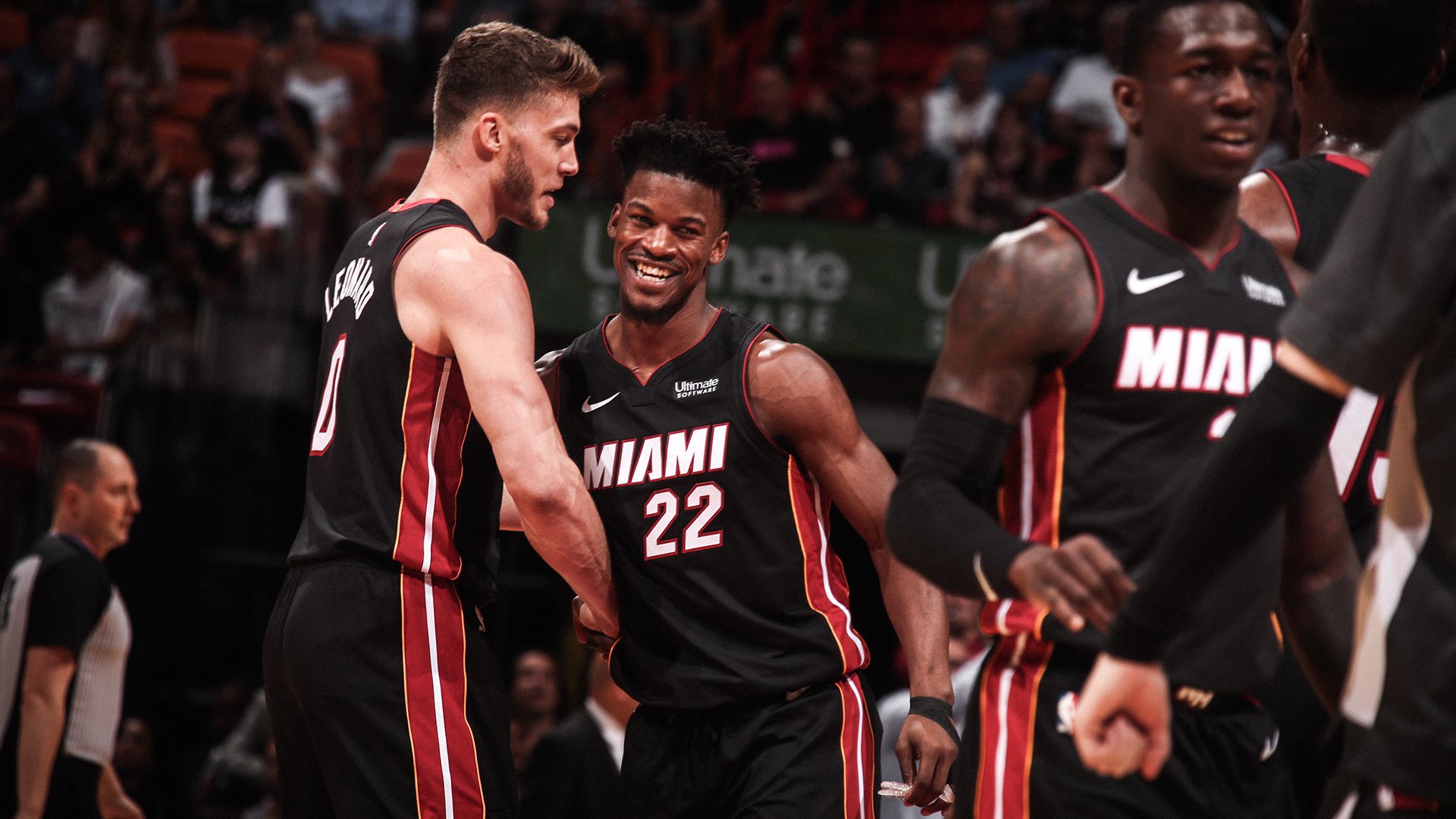 On Thursday, Miami Heat center Meyers Leonard offered an impassioned statement about the current racial turmoil and followed up on Sunday by offering deep respect for his African-American teammates on the Heat.

I was raised to love everyone. No matter the color of their skin. What’s going on in America right now is sad and in some cases, makes me angry. But how can I actually be upset? African Americans are racially profiled and judged continually in this country. pic.twitter.com/AEqfMrFwFd

Leonard grew up in a predominantly white Illinois community, but having played with and against African-Americans during his basketball career, he has a sense of their anger about racial issues.

During his first seven NBA seasons, Leonard played for the Portland Trail Blazers, with his connection to Trail Blazers guard Damian Lillard still evident, judging from the top right photo.

At present, Leonard and his Heat teammates are gearing back toward completing the 2019-20 season that was suspended on March 11 as a result of the coronavirus pandemic.

Exactly how long Leonard and the Heat will be connected after the season ends is uncertain, given the fact that the veteran will become a free agent when the current campaign concludes.

While Leonard’s on-court numbers are modest, it’s clear that he’s a player who can blend into any team smoothly, which could make him a viable commodity on the free agent market later this year.

However, the reduced revenues stemming from the league-wide shutdown will likely result in a reduced salary cap for teams, which could shape Leonard’s ultimate destination.